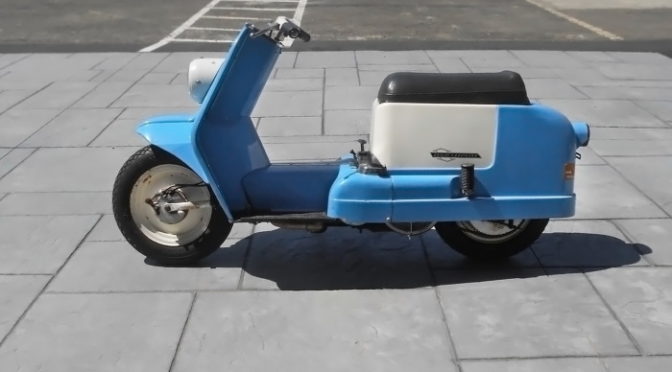 Right, another brief one I’m afraid – largely because there’s not too much to tell this week. And partly because I have way too much other stuff that I ought to be getting on with…

Friday’s jaunt to the Packhorse on Stapleton Road went rather well – I was particularly delighted to be able to catch up with my brother, who made an unexpected appearance; and also we got to enjoy the pub’s new beer terrace – which, in the dark, looked for all the world like the deck of the Titanic – except that when you walked to the rail at the edge, and looked down, instead of a view of a nasty icy cold wet ocean, you got the much more pleasing vista of a vast sea of shiny chromed Harley Davidsons – we have discovered a biker’s nest! READ MORE 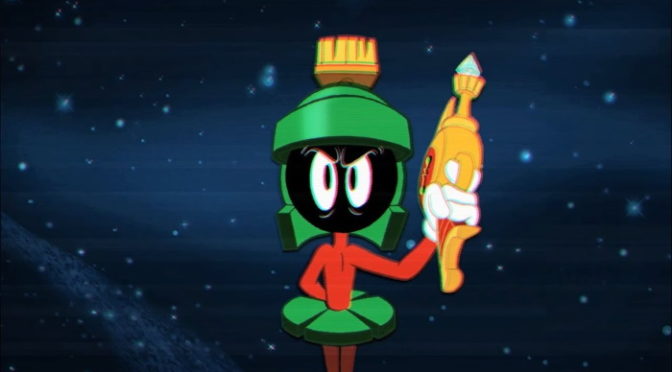 [Editor’s note] Er, yes, this one is a week late. The next one to follow quite soon.]

As a Mexican on holiday in Hawaii might say…

Anyways, I expect you’re all keen to hear what we’ve been up to this weekend; come to think of it, it’s really quite rude of us not to ask you what you’ve been up to.

Meanwhile, back in “transmit mode” – Friday, and the Trinity Inn in Bath turns out to be very cosy – as in quite small – but also as in ”My God, it’s hot in here”. Having managed to load in without getting rained on, it made no difference, as by the time we’d got the kit in place, we were all soaked head to foot in sweat. (Our own, I should point out – it’s not like there was a member of staff throwing buckets of sweat over everyone who walked in through the door. Although there may as well have been). READ MORE 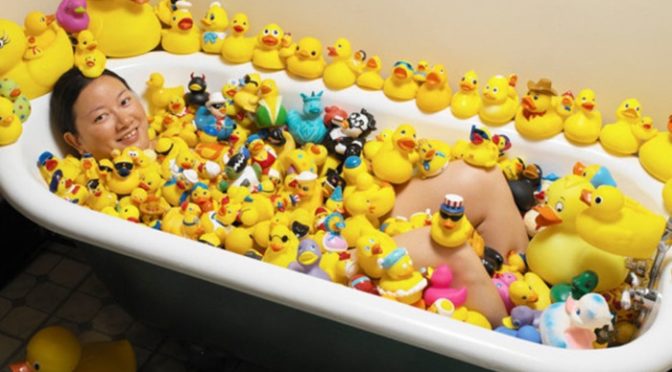 Friday’s outing to the Trout in Keynsham was – for once – a rather dry affair, we managed to get through the night without any of us or our lovely expensive equipment getting covered in beer. Nonetheless, there was a satisfactory amount of tomfoolery going on – this week’s air guitar champion was the lovely Holly (apparently), who rocked out far above and beyond the call of duty, putting the regular Trout loonies to shame, in fact. Well played, that girl! READ MORE 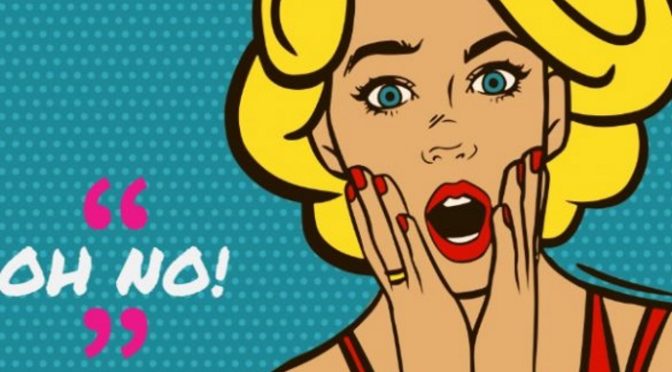 Another weekend, another fine pair of evenings spent making a racket, jumping around like a twat, and generally having a marvellous time. Both Emma and I agreed that we can’t remember what normal people do for fun on a night out, ‘cos this is so much better.

Mind you, we also agreed that we should change the band name to “Pottymouth Infidel and the Conspicuous Ninjas”, so that gives you an idea of the kind of intellect you’re dealing with here.

Friday at the Packhorse was immense fun, and – thanks to it being one of the regular’s birthday, there was a large buffet arrayed on a table. It is codified in law that musicians are entitled to partake in any food which is displayed within 50 feet of them…so we did. READ MORE 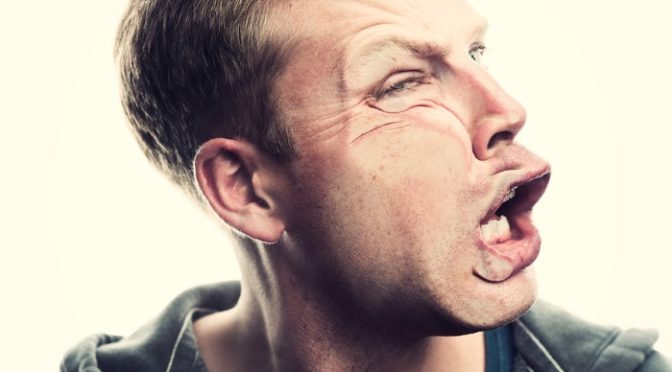 Blessings be upon you, my children…

Well, the sun has come out, spring is beginning to do springy things with an admirable degree of enthusiasm, and there appears to be a glimmer of hope on the horizon that a significant proportion of the country would perhaps, on sober consideration, prefer to not shoot themselves in the bollocks after all – so what could improve things more than a nice lively Angel Up Front gig on a Saturday night?

Well, for a start, a nice lively Angel Up Front gig on a Saturday night which doesn’t involve Alan marching at full tilt face-first into a closed door whilst loading the kit in, that would have been an improvement… READ MORE 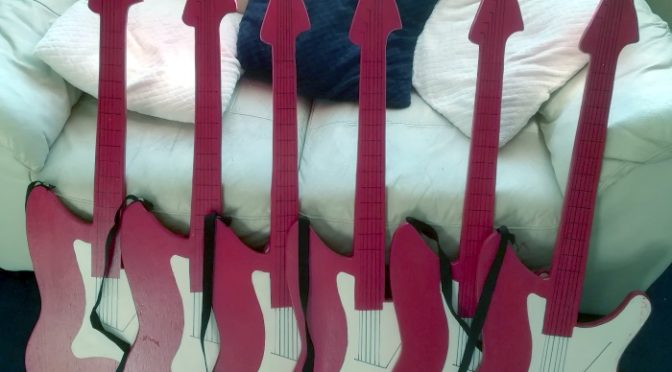 That was an exciting week and no mistake!

For one thing, I had a birthday in the middle of it – for the curious amongst you, I can reveal that my age is now officially “not dead yet”.

And I was particularly delighted to be sent a large and luxurious custom birthday card from my favourite Pighillians, featuring a stunning Triumph Bonneville with a fetching blonde lady (actually somewhat reminiscent of my dear Dem in her younger years) astride it, and – this had to be pointed out to me – a rather handsome chap lurking in the background. READ MORE 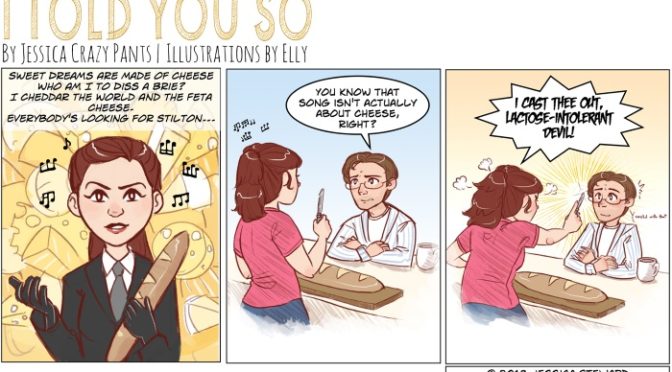 Well, that’s back to normality (or what passes for normality, at any rate). Friday night at the Blue Lagoon was gratifyingly busy considering it’s early January, and I managed to wangle just enough stage space to be able to use my pointy guitar for a change; something which makes me rather happy. 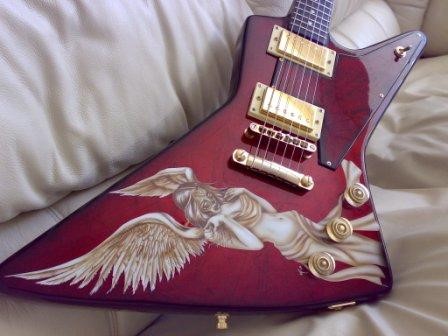 If only because it gives me an excuse to show a picture of it… Ain’t she purty?

“Our clients” behaved just as expected, i.e. with much dancing around, spilling of drinks, and dropping of glasses. For entertainment value, Em and I mentally awarded the prize to a group of gyrating lads who had obviously had dancing described to them at some point, but had clearly never actually seen it done.

Saturday night, and a jaunt out to the very welcoming Golden Fleece in Bath, to wheel out some of the noisier side of the repertoire. And we had an absolute blast, with much messing about and tomfoolery going on. The crowd were lovely, and even the table of somewhat senior customers (and this is me saying that) right at the front seemed to being enjoying themselves. We were particularly impressed by the nice white-haired lady who was jigging around in her seat and singing along, pausing only occasionally to get up and hobble across to the bar to get herself another beer in. “I’m seventy nine next month”, she told me as she came past, “And I’m having a lovely time”. We’re considering adopting her as the band’s official mum.

Even a technical hitch, involving my lovely guitar sound disappearing and being replaced by an ominous rhythmic buzzing didn’t slow us down; Emma simply went out to harassed the “clients” individually, and sang some impromptu requests while I frantically tried to diagnose the problem, failed, dug out the necessary leads to plug in to my spare amp, set it up only to find the fault was still there, and only THEN eventually figured out the actual cause, disconnected the offending pedal and reconnected the main amp again before being rewarded with my beautiful restored guitar tone [Editor’s note: this was a told you so moment as yours truly said it was a pedal at the start of the problem]. Just in time to save Em from having to attempt an a capella version of the Oasis song she’d been requested to do.

So we were able to happily romp through the rest of the set, and play a couple of hugely fun encores, before slumping into a happy exhausted heap while we mustered the energy to pack everything up.

Coming up next weekend – two more rather fine outings…

Friday 18th – The Packhorse, Lawrence Hill
Lovely cosy and friendly biker’s pub. We played here a while before Christmas, and thoroughly enjoyed it. We think they did too, ‘cos they asked us back.

Sunday 20th – The Crown, Staple Hill
Next door to Ben’s gaffe, and a 6:30 start so we can all still be tucked up in beddy byes by ten*, ready for school in the morning. Rawk and roll, hey?

Right, that’ll do, I’m off to see the wizard, now.

The wonderful wizard of Beer…

*Contrary to popular belief, Angel Up Front do NOT in fact all sleep together in an oversized bed, each wearing a set of blue and white striped pyjamas and a nightcap. #thetruth. 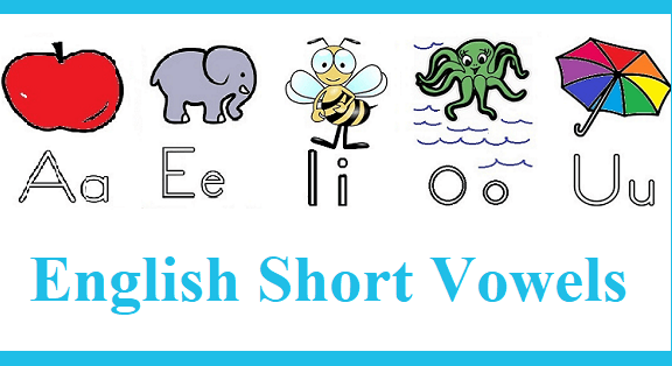 My, that was an interesting evening we had on Saturday. A journey up into the wild and wet hills of Wales, to play a birthday party in the charming little town of Ynysbwl.

No, really, that’s not a typo!

The sad fact is that there is a national shortage of vowels in the area; since the alphabet mines were shut down some years ago, and all the best letters were loaded onto trains and shipped off for swanky Londoners to enjoy, all the locals were left with was a collection of the less popular consonants – mostly “w”s, with a few “b”s and “l”s.

They managed to find a few “y”s left over amongst the spoil heaps, and had to make do with those for vowels.

To make up for it, though, the fortunate denizens of the valleys are especially well blessed when it comes to rain.

We rolled up, and were greeted by charming hostess Natalie, who has arranged everything for her birthday boy spouse (whose name I’ve forgotten already [Editor’s Note: senility settling in]). What I do remember clearly is being led to the buffet after we finished the first set; we turned a corner and behold a room the size of a small aircraft hangar, tables laden with comestibles, the like of which I have not seen for many a year. We are particularly impressed to see two large silver platters, one piled high with Frazzles, the other with Chip-sticks. We are musicians, and this is free food, so we pile in and stuff our faces until we can’t move anymore; and oh dear, now it’s time for the second set.

We haul our bloated corpses onto the stage and start playing; and, fuelled by the magic of wine, the valley girls are immediately up and dancing all over the place. I can see Ben is particularly impressed by a couple of ladies.

The third set passes without major incident; the birthday boy has requested to sing a number with us; so this he does, carefully shepherded by Emma.

After we’ve run out of encores and run out of time, we pack up, have a lively natter with the friendly party goers, and head off into the rainy night.

Coming up – something a bit different, and with a few more vowels…

Friday 7th – Packhorse, Bristol
A new one for us. This always used to be a bikers’ pub, and for all I know, it still is. We may finally get to wheel out that Metallica number we’ve been keeping in the cupboard.

Saturday 8th – Xmas Party, Cheltenham
We don’t normally do business corporate thingies, in case we scare them; but in this case we were booked for the gig by somebody who saw us up in Cheltenham a few months ago, so they know exactly what they’re in for. And still they booked us….