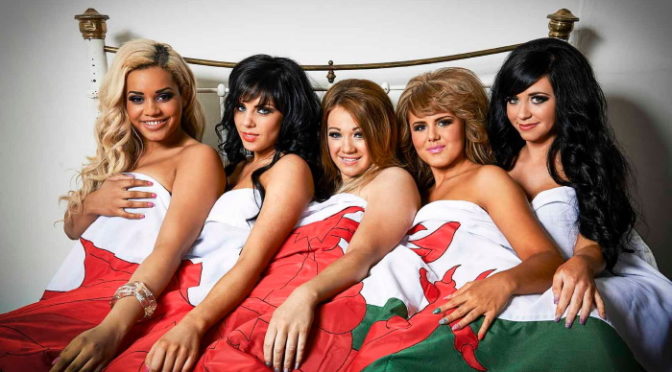 Good morning, and welcome to a beautiful fresh morning here in sunny Bristol!

Now – that’s got the ghastly enthusiasm out the way, can I go back to bed now?

Oh well, here we go then.

After a couple of weeks off, with band members enjoying exotic holidays in such desirable destinations as Rome, and – er – Swanage – we were back in rock’n’roll action playing a wedding over in the verdant valleys up past Merthyr Tydfil in glorious South Wales.

After having set up, soundchecked, and performed that other vital musician task – making friends with the catering staff – we sat back and drank free beer and ate free food until it was time to start.

Once we did, we were pleased to see a posse of the valley girls (all looking extremely glamorous in their posh frocks) dancing away merrily, and very much more pleased a little later to see that many of them had switched to a “posh frock plus fluffy slippers” outfit. Marvellous!

All in all, a very fine evening, they seemed to be a lovely bunch and up for most things, and apparently the bride and groom were very pleased with us. I hope they were – after all, they did pay us, which was nice.

Finally we wound things up around eleven o’clock, and after a quick encore set about packing up, leaving the DJ to entertain the stragglers and announce last orders.

Coming up this week – another (slightly less) posh do…

Saturday 7th – Albion House Club, Cheltenham
A members’ only social club, although apparently you can become a member for the night for the princely sum of three English pounds. (Now equivalent to approximately half a euro). It’s a half-eight start here, so that we can fit in the three sets they like us to do here. And we promise to leave the smoke machine at home.

And that’s about it, really, for this week.

After the last G7 summit, it had been decided next year to hold a C major summit – that should resolve everything.

I told you it was obscure. But it is actually rather clever.

All right then, you want less obscure, and actually funny muso joke?

What should you throw to a drowning bassist?