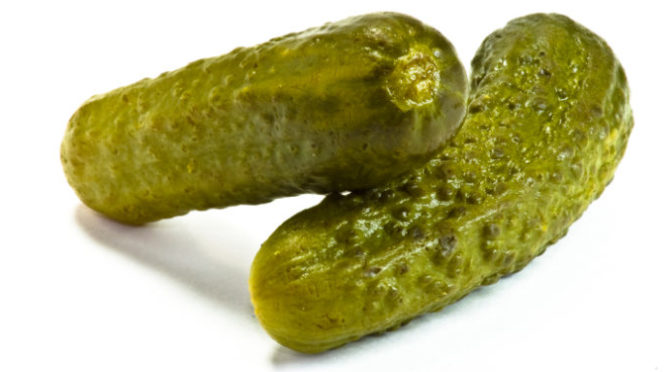 Well, we hope you enjoyed the long weekend as much as we did – but we bet you didn’t!

We kicked off with a pleasant evening in the Assembly Inn in Bath; the Gods Of Parking smiled on us and we were able park right outside the door, in the last two parking spaces left in Bath. Setting up in the small space was easier than last time we were here, partly as I cunningly left a couple of speaker cabinets at home, but mostly because we knew already which bits of the floor were in fact treacherously unstable and hence not safe for putting anything heavy on. We played, they shouted for more, but we’d hit the neighbour noise curfew so we legged it off home for some beer. The night was also memorable for being the first time Emma realised what Ben and I are actually singing to the chorus of “I Love Rock and Roll”. Lucky she keeps an inhaler handy, really.

Saturday afternoon, and a last minute booking filling an outdoor gig slot at the Queen Vic’s Beer & Music Festival – a thoroughly delightful affair. I was particularly excited to see our lovely pals John & Anne there, with young Adam & his Emma (see – everybody wants one now); not just because they helped carry all the kit in, but because, since I had son #3 Joe, (the bass playing one) with me, we were finally able to pay off an old debt.

See, a few years ago we played John’s birthday party, and he’d requested we play a Deep Purple tune for him. As we couldn’t fit in a rehearsal in time, we never did – but now, with the song already in the Polar Bear Cheese Pirates set, and armed with Joe on bass, freeing up Ben to sing it, and Stuart masterfully blagging his way through thanks to a quick listen to the original track between sets, we were finally able to deliver the goods.

Saturday night, and off to the Messenger in Swindon, where there were no trousers removed this time, no fighting, and not even a hint of good-natured vomiting. However, to make up for my disappointment, they DID have a six-foot tall inflatable snowman, advising the clientele (I can’t help but feel somewhat prematurely) to “book early for Christmas dinner”.

Sadly, I didn’t get a photo of this, but I swear it’s true.

I did, however, get some photos of our kit all set up, ready for action, in front of the gigantic projector screen which the pub was using to entice its patrons to buy more food. There were a whole series of pictures of tasty-looking dishes, flashing up at random every few moments. This was my favourite – note how the “cheeky pickle” is artfully mirrored by the careful placement of Stuart’s cymbal… 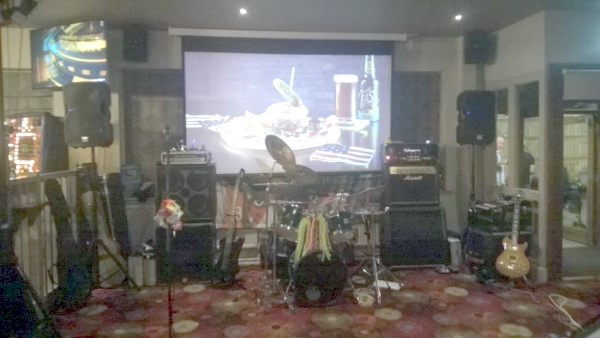 Other items to note in this photo:-

Sunday night, and it was back to Swindon for a bash at the Woodland’s Edge. A pretty quiet night, due to the locals all being exhausted having stayed up in the pub all the previous night to watch the boxing on telly – and then, apparently, to have a fight themselves out in the car park at 6:30 am. Silly boys…

Nonetheless, it was good to see some old chums turn up, and there was a pleasing amount of mad women dancing about, so we’ll call that one a result, I think.

Coming up this week – a mere two gigs…

Saturday 2nd – Golden Fleece, Bath
Nice little bikercentric pub. I think for this one we’ll probably serve up a night leaning heavily in the rockier direction. And quite right too!

And that, I think, my friends, is that.