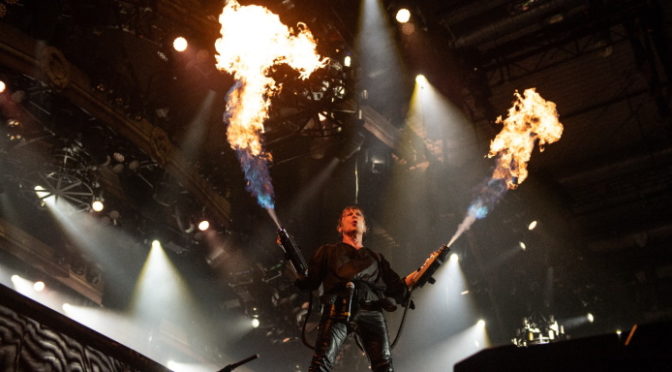 We spotted a few friendly faces from previous outings, and – as indicated by the tasteful posters all over the place – they like their rocky stuff in here, which meant that we even got to wheel out some Iron Maiden, giving Emma – to her not-so-secret delight – a chance to show off her famed Bruce Dickinson impersonation.

She really is very good at it.

Nonetheless – and we had to be quite firm with her about this – we are NOT going to be issuing her with flamethrowers.

After a couple of sets of hearty jumping around and jollity, and a few encores of silliness, it was time to stop, chat merrily with the customers whilst packing up, and then sit and drink beer until they threw us out.

What’s more, we get to play it again next week…

Friday 21st – The Downend Tavern, Staple Hill – 8:45 start
Another new one we’ve not played before, but at least I know where this one is – but only because I drove past it on the way to the Black Horse on Saturday. Looking forward to it, not least because several of the cheery customers from this weekend have pledged to come back and see us again.

See? I told you we were lovely…