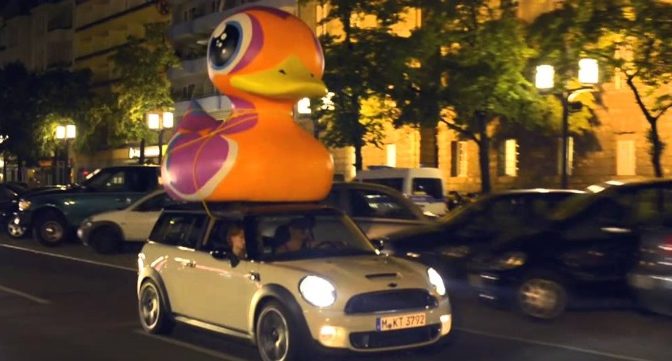 Well, seeing as we have a weekend off coming up, with no gigs to alert you to, there’s not really much point me pushing this out this week.

On the other hand, we thought that we’d better reassure you that we managed to get through a whole gig without having any willies waved at us; which I must admit did come as something of a relief.

If it makes you feel better, Emma and I did, on the way to the gig, at the Queen Vic up in sunny Stroud, follow a car bearing a numberplate which we both could have sworn blind read “KNOB FUN”. As it turned out, on closer inspection, it actually didn’t; but nonetheless it kept us both giggling all the way there. This is the calibre of intellect you’re dealing with here, people…

In fact, we had a rather storming night; despite a few musical hiccups (for example, my completely forgetting what one of the songs even sounds like – a situation significantly exacerbated by the fact that it starts on just guitar, so I didn’t really have any clues to go on), nobody seemed to mind, and we belted on way past our allotted finish time.

We even had a crack at a Hendrix tune, which made me very happy indeed – and it seemed to have a similar effect on everybody else as well, which means I can keep on doing it. I may even consider at some point getting my white Strat out for the occasion; but just so’s you know, I will not be setting fire to it, so don’t even ask.

We were also jolly pleased to see some local chums again that we’ve not caught up with for a while, as well as a very nice young lady who was so impressed with our musical prowess that she spontaneously swore eternal love for both Ben and myself.

But mostly for me. Just to be clear on that point.

Right, well, that’s it really – oh, except that I should make mention of another young lady we met there, who was proudly showing off the new and very detailed tattoo on her shoulder.

“I had it done when I was on holiday last month in Barcelona”, she tells us, “but people just don’t believe me when I tell them that’s where I got it”. It would seem that nobody expects such Spanish ink precision…