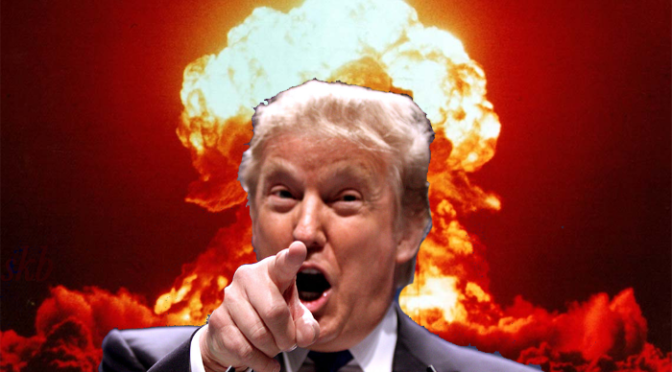 [Editor’s Note: I accept that the image that goes with this post may be in bad taste; I just can’t figure out in what context.]

Well well well, three gigs in a weekend, it’s getting just like the old days. We arrived at the Millhouse in Emerson’s Green, bagged the cheeky last parking spaces, and hauled in. As we suspected, this was a “family pub”, not used to having bands on – although I did like the fact that we were told “You can store your empty cases in the Wacky Warehouse”…

As the evening wore on, the punters thinned out a bit – basically as they took their respective chips-filled offspring home for bed – and we were left with some folks who were clearly rather surprised but quite pleased to find a rock band in their local. One very nice lady was so pleased that she insisted on buying us all a drink at half time, which was particularly well received. Emma did point this out to the other folks there as well, indicating that they could perhaps learn for her example.

Saturday morning dawned fair and blowing a gale, but happily not raining – just as well, as the annual Banshees Bash charity fundraiser is held on a particularly exposed rugby field. Em and I arrived early to find a lovely flatbed trailer stage all set up, with huge PA and helpful sound crew courtesy of the lovely Ska Train people. Their only flaw in my view was, that – as is only to be expected – they played a lot of ska through it as we were setting up.

Nonetheless, it’s always great fun to play through a big rig; I found the perfect spot to stand, where I could get guitar blasting from behind me as well as from the monitor to one side, positively bathing in my own solos.

Not only that, but we also had the perfect view across the field of the mediaeval battle re-enactment, where lots of burly armoured chaps with swords were well and truly banging the crap out of each other. And, as an added bonus, the dunk tank, where volunteers get dropped into a huge vat of freezing cold water for the entertainment of casual onlookers. A very fine way (for us, at any rate) to spend a Saturday afternoon, we concluded.

So big thanks to the lovely ladies of the Bristol Banshees bike club for setting up the whole thing; it was, as always, a pleasure to play for them. And they even fed us, too…

Finally, Sunday afternoon, and our jaunt to the Trident at Downend does not look initially promising; a handful of punters, and an Emma who has manages to amass a grand total of twenty minutes’ sleep since we saw her last. “I’m not too sure how this is going to go”, she croaks feebly; before adding, “In fact, I’m not too sure where I am…”. We sit her down in a corner and pour sugary drinks down her whilst setting up; stopping occasionally to check she is still breathing.

By the time we’re due to start, Emma is feeling “rather livelier, but a little deranged” – which actually turns out to be the optimum state for rawk’n’roll; and the numbers in the pub have swelled considerably – to our delight, including the surprise appearance of our old pals Swindon Al and Helen, and in fact it’s turns out to be a hugely enjoyable gig; after which Emma is sent straight home to bed, and the rest of us pack up and head off home in time for din dins. I could get used to Sunday afternoon gigs.

Coming up this weekend – just the one outing…

Saturday 4th May – The Anchor, Bishopston
A big ol’ pub on the Gloucester Road, it can be rather good fun in here. As it’s Star Wars day, there’s a reasonable chance of low-rent fancy dress – which I hereby predict as follows: