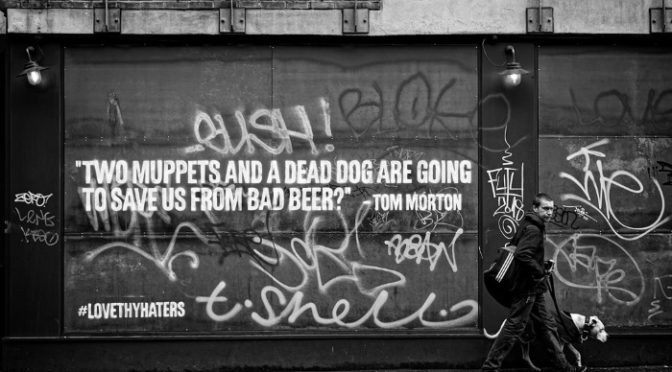 And what, may I ask, is the sun doing? Shining? In February? It’s rather impertinent of it, if you ask me.

Still, it is rather lovely. And it’s been a most entertaining week for me, there’s been much driving around the country for various reasons, which included a Friday overnight stop at a B & B in the middle of Birmingham.

I was rather please to find that the B & B was in fact a pub; with live music on; and a microbrewery attached. So an unexpectedly pleasant night was spent sampling various beers – my favourite went by the name of Complete Muppetry, although there was a definite runners-up prize for the Chocolate and Cherry Porter, which I could still clearly taste the following morning.

Anyway, after a disappointingly early start, and a busy Saturday, I managed to roll up on time at the Bailey’s Court Inn in Sadley Broke ready for a nice easy gig.

Ben was rather entranced by the dancing ladies. Sadly, I was more excited by the chance to test drive my freshly re-wired Ibanez axe, specially designed for eighties hair-metal fretwankery. Rather to my gratification, the new pickups sound mighty fine at gig volumes, and the killswitch adds another option to my existing arsenal of stupid noises. I don’t know how long it will be before everybody else tires of it, but I’m pretty damned sure it will be sooner than I do…

Next chance to find out coming up on Saturday…

We’ve never played here before, and I’m too lazy to look up where it actually is. However, I’m willing to wager a pint of Total Muppetry that it’s somewhere in Whitchurch. Wherever it is, that’s where we’ll be; you’ll be able to find it, simply by following the sound of whammy-and-killswitch abuse. Wooooaaaarrrgggh—rrgggh—rrrgh—rgh—rh—rgh—eg—rg–rgh-rg-rg-rg-rg-rrrrgghgghghghghghhg! Probably followed immediately by the sound of a chair making forcible and repeated contact with a guitar player’s skull.

“Just a minute, love, let’s have a look at you…

..No, wait, there’s no way you’re leaving this house looking like that”

“Well, just look at that mini skirt. It’s way too short, I’ve seen belts that cover up more than that!”

“But please, Mum, I only bought it last week. All the other girls wear them, Mum. Why can’t I go out in it?”

“Well, for one thing, Dave, I can see your bollocks hanging out…”