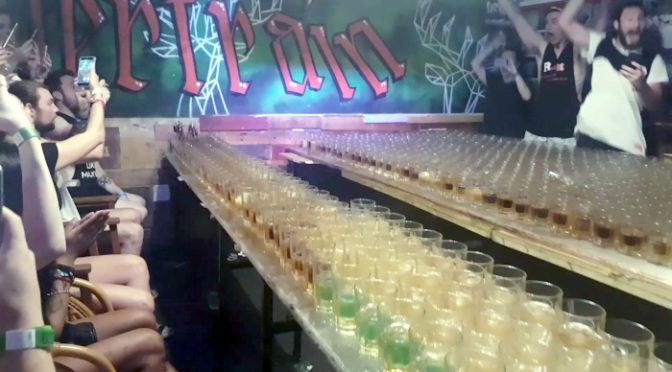 Ah, there you are.

And what time of night do you call this, young lady? Your mother and I have been worried sick. And it’s a school night, and I’ll bet you haven’t done any of your homework either. You’re grounded!

Friday night at the Cat & Wheel, and a lively time in particular from a table full of keen Jagerbomb enthusiasts. It took them a full five songs before any of them started dancing on the furniture, and nobody actually fell over the monitors, so all in all they were rather well-behaved, I thought. Usually these situations can get rather messy.

It was lovely to see a few old chums out again, and vastly amusing for me during the songs which Ben sings – mainly because, from his cramped position behind the bar with a PA cab front of him, he was completely invisible to most of the audience. They did look a little puzzled as to where the vocals were coming from…

We finished off the night, packed up, and headed home.

Saturday 23rd – Bailey’s Court Inn, Bradley Stoke
It’s been quite a while since we last played here – so with a bit of luck, they’ve forgotten all about The Incident. But just in case they haven’t, we be sure to have some hot water and clean towels ready. That lime jelly can be a bugger to get out of your socks, I can tell you…

In the interests of public safety, I leave you with this warning announcement:-

And remember – If you’re happy and you know it; no, you’re not.