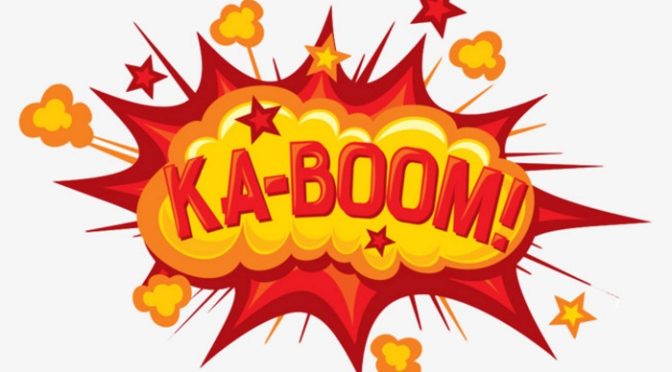 And a warm welcome to this festive, and almost certainly last edition this year, of our regular-ish gig blog.

I didn’t manage to put one of these out last week, which I shall blame on time constraints, as “incompetence” is such an ugly word, isn’t it? I can, however, dimly recall a few snippets of the last couple of gigs…

It turns out that the Packhorse in Lawrence Hill is indeed still run by the Angels, and a mighty friendly bunch they were, we all had a jolly fine time, and will be back there again next year. As I write this, it’s only just occurred to me that possibly one reason we were so popular was that – due to driving constraints – we didn’t take too much advantage of their mighty fine   “free beer for musos” policy (one which, as regular readers will know, I have been a staunch supporter of for many years).

The following night, a corporate Christmas party in a posh bistro right in the centre of swanky Cheltenham, had a rather different vibe.

We arrived, and, miraculously found two parking spaces right outside the back of the venue. Hurrah! Then upon gaining entry to the place, we find that we are to be playing in a function room up two flights of stairs. Boo!

Ben pales visibly at the thought of exercise. I decide we must invoke what is known in the band as “Rum Bar protocol” (named after a venue for which access is gained only via three flights of rickety iron outdoor fire escape), which basically means all spare and not-absolutely-necessary equipment is sifted out and left locked in the van at Base Camp, so that no backup amps or speaker cabs, leads, etc need be manhauled up to higher altitudes. Spare batteries are grudgingly permitted, as is the muttered refrain “I wish I’d learned the $%^ing piccolo”.

After a prolonged period of stumping up and down, we decide there is just enough kit up there, and slowly moods improve as we set up.

Once we start, it turns out that the crowd are very much up for it; we particularly enjoyed one very serious-looking lady (think “senior librarian”) who, immediately we started, began dancing in a most extravagant and enthusiastic fashion – we suspect she doesn’t get out that much. After a while, everybody else joins in. Finally the very pleasant staff are begging us to stop playing so that they can pack up and go home.

Having packed up, and taken full advantage of their expensive-looking buffet to give us the necessary strength, we have just enough energy to haul all the kit back down to ground level and bully it back into the vehicles before shambling off into the night.

Right then, coming up next – here’s our full Festive Season Itinererererary, for your delectation and delight: –

Saturday 22nd – Farmhouse, Yate
Not played here for quite some time, and what with it being the official drinking season, should be rather lively. And there are no stairs involved.

Monday 24th – The Sandringham, Downend
Christmas Eve at the Sandy (as I am pretty sure absolutely nobody calls it), we did this one last year and had a very fine time. So we’re expecting to do the same again, frankly. And there are no stairs involved.

Saturday 29th – Queen Vic, Stroud
Ooh, I’d actually totally forgotten about this gig until I looked at the list to write this. Marvellous! One of our favourite regular gigs, I’m actually beginning to get excited already. With a bit of luck, I might be able to get my beloved Dem along as well, just to scare the locals a bit. And there are no stairs involved.

Monday 31st – Royal Oak, Chipping Sodbury
New Year’s Eve, a nice lively little pub, and us. What’s not to like? And – now here’s a thing – there are no stairs involved.

And, that’ll be about it for this year; I’d like to say thanks to all the lovely and entertaining people we’ve met along the way, we’ve had a blast – and I like to think that maybe on the odd occasion we’ve actually managed to entertain some people along the way (in addition to ourselves).

Finally, I have to say huge thanks to my bandidos Stuart, Emma, and Ben, who make the whole enterprise such a joy and a delight – despite the occasional stairs, I really don’t know what I’d do without the opportunity to regularly prance about making a dreadful noise with a bunch of like-minded idiots.

Very much looking forward to doing it all over again next year….