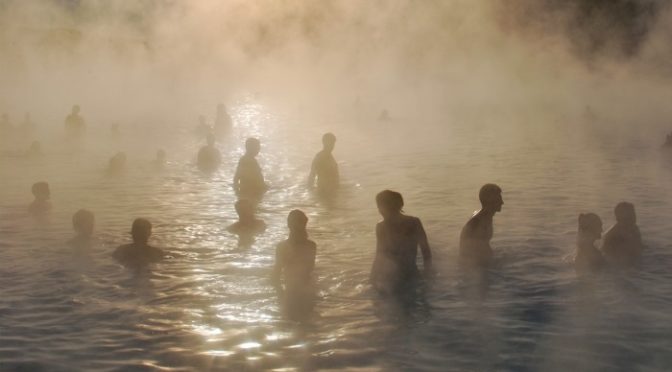 Well, a Merry New Year to all our readers, and possibly even our reindeers, come to think of it.

Sorry we didn’t manage to get one of these out last week – I nipped away for a few days; in fact, I’ve been to the land of the ice and snow (of the midnight sun where the hot springs flow), and mighty good fun it was, too – and only just got back.

We hope you all had a splendiferous festive season – I think we did, it was all a bit of a blur, really. I do recall that I had some very strange technical issues at the Farmhouse in Yate, in that my rig made a horrendous loud buzzing noise, but only when I stood in front of it – the noise went away completely if I stood to one side facing the wall; and since we could find no other solution, that’s exactly what had to do for most of the gig. So – apologies to anybody that was there, who just assumed I was being aloof and moody all night; I wasn’t (at least, not more than usual) – it was down to technical necessity.

Christmas Eve at the Sandringham in Downend featured no such technical difficulties, and a mighty fine audience of under-sevens, who thoroughly enjoyed themselves and made the most of playing with the various finger lights, tambourines, and inflatable guitars to be found in our toybox. We appear to have morphed into some kind of rock’n’roll daycare organisation – a situation not helped by Ben, the Uncle Chuckle-Trousers Of Rock, singing Sharp Dressed Man whilst sporting a woolly hat with elf ears and a full set of beard baubles.

If you have seen Angel Up Front’s credibility, please contact us via the website. A small reward is available.

A night at the Queen Vic up in Stroud didn’t disappoint either. Although it was lovely to see some old chums there again, once again our Ben seemed to be the centre of attention. During one particularly crunchy number, I found myself alone and unnoticed on one side of the stage, playing an intricate (and, I thought, rather artful) solo. Meanwhile, over on stage left, Ben is surrounded by an appreciative coterie of whooping and hollering middle-aged ladies who are transfixed by his “waving his long hair about” technique.

Emma and I have decided to get some business cards printed off to hand out on future occasions, bearing the legend, “Ben Brook – Entertainer Of Ladies – bass-player, vocalist, and mane-tosser”, with his phone number.

That should keep him busy for a while.

New Year’s Eve up at the Royal Oak in Chipping Sodbury was an unmitigated delight, we saw out 2018 with a pub-full jumping up and down to Blitzkrieg Bop, and a few minutes later brought 2019 in with Tenacious D’s “Tribute” – because we can. I mean, it’s not the greatest song in the world…. Except when sometimes it is.

Right then, coming up this weekend, a couple more doozies…

Friday 11th – Blue Lagoon, Bristol
You may not know (I didn’t) that Blue Lagoon is also the name of a famous outdoor geothermal spar pool in Iceland, where indeed I spent most of last Friday, neck deep in toasty warm water, clutching a cold beer and watching the sun set at 2pm over the mountains. That was nice. This one is also nice, but in a completely different way.

Saturday 12th – Golden Fleece, Bath
Lovely little bikery pub, but everyone’s welcome. Think we’ll probably dust off some of the rockier numbers for this one.

Right, that’s your lot for now, I have many real life things to try and catch up on. If anybody remembers real life, do stop by and feel free to give me a few hints…