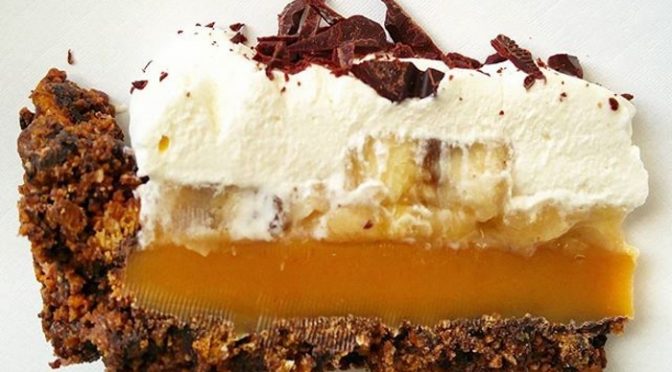 Well, if you’re reading this, then it means we survived the gigs at the weekend. Unless your computer is haunted. Just to be on the safe side, right now you should exorcise it, just in case. Just follow the following simple steps. Do not delay – do it now, even if you are in the middle of a busy open plan office. Every second you waste imperils your mortal soul. Do it NOW!

Friday’s outing to the Bulldog in Filton was approached with some trepidation, after a quick Google search showed that the place appears on a list of “Bristol’s Roughest Pubs”.

We were expecting maybe a bit of a bad atmosphere, but when we got there, there was none.

We took heart from the message on Stuart’s glass, though… 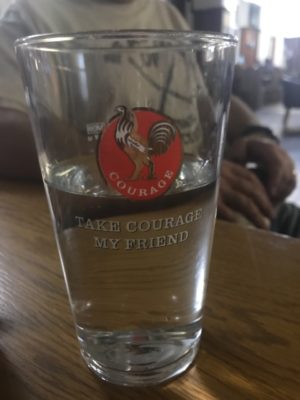 The gig was a bit quieter than expected; we were told “One of the regulars just died – but on the other hand, it’s somebody’s birthday – so it’s a bit of a mixed bag tonight, to be honest…”

After a bit of a struggle with the very reverb-y room, we got some kind of a sound sorted, and we got through the night without incident, and even got a few up and dancing. Not sure they were really a rock audience though, judging by the combination of Neil Diamond and Benny Hill numbers they were putting on the jukebox…

Sunday afternoon at the Giant Goram in Lawrence Weston was, we were expecting, going to be a similar affair – oh, how wrong we were. 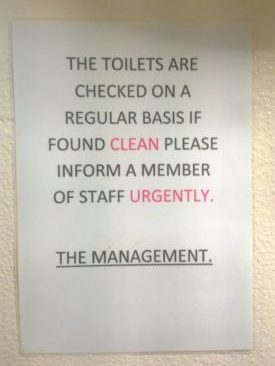 The gig turned out to be the best fun we’ve had in quite a while. It wasn’t rammed full, but everyone who was there seemed to be well up for joining in.

During most of the first set, Emma was publicly berating Ben between songs for having failed to produce a cheesecake which he had apparently promised to make for her. After a while, one of the more dancey punters announced that he was in fact a pastry chef, and next time we came back to the pub, he would happily make her one – “In fact, I could even make you a banoffee pie, if you like”.

“You know, a banoffee pie” explains her new friend.

Suddenly silence falls on the pub. You really could hear a pin drop.

Above the general hubbub, the landlady’s voice bellows from behind the bar; “Even I’VE heard of banoffee pie – and I’m from bloody Wales!”

Once we have stopped giggling, it’s on with the gig; now punctuated with songs such as ZZ Top’s Southern boogie hit, “Every girl’s crazy ‘bout banoffee pie”, Status Quo’s timeless “Banoffee All Over The World”, and… Oh, you get the idea.

Eventually we are allowed to finish, having promised that when come back next time, the posters will include the phrase, “Featuring the girl who’d never heard of banoffee pie”.

Of course, this may be all a deeply cunning ruse on Emma’s behalf – for when we do come back, several people have promised to bring one along…

Coming up this weekend: –

Saturday 30th – Molloy’s, Bristol
It’s always lively here, but the likelihood of confectionery baked products is, I consider, extremely low. Unless of course, any of you lot would care to bring some along… 