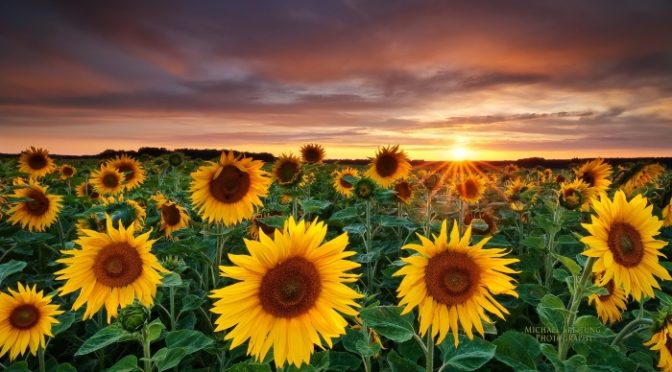 And a mighty fine weekend of gigging more than made for the tribulations of the week – the obvious highlight of which was your beloved correspondent managing to break several of his beloved bones. For those morbidly interested in such matters, see the email thread at the end of this missive for further details.

Suffice to say that by Friday I was, although slightly limping, back in a fit state for rawk’n’roll combat; thus we were able to fulfil our appointment with destiny the Assembly Inn in Bath, which turned out to be a rather nice pub, albeit very little in the way of spare room for bands to set up in. Nonetheless, we managed to shoehorn ourselves in, and after a little gentle bullying (and a few beers), the crowd agreed to enjoy themselves, so that all turned out nicely in the end.

Saturday evening saw us rolling up at swanky Henbury Golf Club to play their annual bash; three of us have managed to look tolerably presentable, and Emma has even showed up in a proper dress – nonetheless, in the interests of “keeping it real” she still sports her favourite candy-stripe baseball boots with luminous laces.

Unbeknownst to us, the evening has been arranged with a “tropical beach party” theme, resplendent with inflatable palm trees, and Hawaiian shirts a-plenty. Dammit, if only we’d known – Stuart could have worn his grass skirt…

Everyone there is very helpful, and we have about five cheerful volunteers to help us haul the kit in, while our host buys us drinks. We like it here already.

Having a bit more room to prance around in really does suit us, and once we are playing, it’s a very jolly evening. As the night goes on, and the beers are flowing, it turns into a massively raucous night; we are treated to the sight of much dancing and falling over, until finally we run out of encores, and collapse in a heap. Then we remember that we’re hungry, and were earlier told that the hog roast going on had been asked to “keep some grub back for the band”. Ben and Emma are dispatched to the kitchens, and return shortly afterwards, beaming and carrying plates laden with meaty goodness. Alas for Stuart the vegetablist, they have been unable to source anything suitable for him. However, one of the lovely kitchen staff, who has come off shift and sat down with us for a natter, spots his predicament, and disappears, to return shortly afterwards with a plate overflowing with salady comestibles for him. We all thought this was a delightful gesture – particularly as it means he is too busy stuffing his face for the next ten minutes to talk to anyone.

After a little wind-down and happy chats with one of the more falling-over of the nice dancing ladies, it’s time to pack up and head off into the night. Once again the fine gentlemen of the club insist on helping us cart the kit back the vehicles, which was jolly nice, we thought.

So – a great fun night, free food and beer, roadie assistance, and they even paid us! A fine result.

Friday 15th – The Trout, Keynsham
Basically, they’re usually a bit mental in here. We seem to fit in rather well…

Saturday 16th – Dursley Festival
I’m guessing this one will be a little bit more low-key than Glastonbury – we’re on the main stage at 7:00 I believe. We’ve been told we’re the warm-up for the main act, who is apparently an Olly Murs tribute. Based on legal advice, I have nothing more to say about this.

So there ya go!

Right, that’s your lot for this week – for those of you with a penchant for taking pleasure in the misfortune of others, the following is an accurate and complete transcription of the email conversations betwixt myself and the rest of the band last Thursday following my spectacularly incompetent self-harming episode. I have named this little tale “The Guessing Game”.

I hope it brings you joy…

Last night, he successfully managed to break two (possibly even three) of his toes.

This shouldn’t affect rehearsal and gigging (assuming he can still get his boots on) but he is a bit hobbly at the moment. Come to think of it, using the wah pedal may be a bit tricky, but we’ll see how we go.

The only question is – How do you think he managed to do it?

Ooo, shit man! That ain’t good!
I recons you either tripped getting out of the van, dropped a cab on your foot or kicked a door frame?

Nope. Way too mundane. You need to think of something stupider.

Errrrm… went to kick a ball to one of the lads and screwed up? Um.. caught your foot in your trouser leg while getting dressed?

Nope. Stupider than that…

Closed a door with your foot still in it? Somehow used a pedal in the van with one foot while the other was under it?
Kicked an ornamental chicken?

Did you drop something on it?

Nothing as sensible as that…

Did you trap it in something?

Did you drop the soap in the shower?
…and it lands on my foot and breaks it? You’re not over-familiar with handling soap, are you?

Well, I am northern, so im still getting used to how soap works..Errrm… did you drop your printer on your foot?

Did you trip over your own feet going up the stairs?

Not that. I was upstairs, though…

We’re honing in!!
Did you get stuck in an article of clothing and fall over, smashing your foot into the bed post?

Nope! Was in the bedroom though.

Did someone stand on you?!

Nope! It was just me involved.

No, but getting warmer….

Maybe Ben was on the right track but it wasn’t the soap… did you fall out of the shower?

No falling involved. You really are all giving me too much credit. 

In an unexpected turn of events, your duvet decided to attack, ganged up with your pillows and wrapped around your tootsies at the very moment you made to get out of bed, leading to a medieval rack-like torture of the foot?

Nope! I can disclose that the injury was bedroom sports-related, if that helps…

Disappointed to see that after that last bedroom-sports clue, the guessing abruptly stopped…
It wasn’t that.
Remember, I said I managed to do it all by myself.
And no, it wasn’t that, either…

Hahahaha! I was busy going for lunch! 🙂

Hmmm… were you practising your rock slide?

As if I needed to practice THAT…

If you managed to break your toes, maybe you do need the practice…
Did you have some sort of strange bedroom table tennis tournament going on? or were you trying to flick an item of clothing off of your body into the waste basket, and somehow you were maimed by sheer incompetence?

Well, of course, in-arguably, I was maimed by sheer incompetence – but not in any of the ways suggested so far…

Hmmm… Putting your slippers on? were you trying to chew your toenails again?

Okay, I claim my prize!

Here’s what happened; no laughing, now…

Fast asleep, in my bed, around 4am, for some reason I am having a dream in which I am playing in a seemingly very important football match, having been drafted to an England (I think) game as a last minute replacement for an injured player.

Why this should be the case is beyond me, as my interest in the “Beautiful Game” is best described as non-existent; the last game I was forced to play being at the age of around eleven at school. (The next school I went to forced us to play rugby instead).

Anyway – for whatever reason, there I was on the pitch, with a high lofted ball coming down close to me at an awkward angle, and an opposition defender closing in fast. Keenly aware of my own deplorable abilities, I kick out vigorously in an attempt to get my foot on top of it the ball as soon as it lands and stop it bouncing back up uncontrollably.

It would seem that at this point in the proceedings, that little circuit in the brain which recognises the dream state and prevents muscles from actually triggering in response to perceived cognitive stimuli suffered a systemic failure.

At any rate, the next thing I know is that I am awake, with my right foot a screaming fireball of white hot agony, having somehow kicked the wall (which is a good foot and a half from the edge of the bed) with such savagery that the sound of flesh and bone crunching into harsh unforgiving brick actually wakes Dem up.

“Shudderfuckup” she comments helpfully, before going immediately back to sleep; leaving me gasping for breath and repeatedly clutching (and then immediately letting go as it hurts too much) my poor abused tootsies ,while I wait for the purple stars to stop exploding in front of my eyes.

I awake in the morning to find several of the toes in question have already turned a rather fetching violet colour, and are stalwartly resisting all attempts to bend them, either remotely or manually; plus it hurts like a complete bastard when I attempt it. Ouchie.

On the plus side…

… when I announced earlier that your favourite guitar player had broken his toes, nobody even mentioned Hendrix… So that means you must all think I’m better than him! Doesn’t it…?