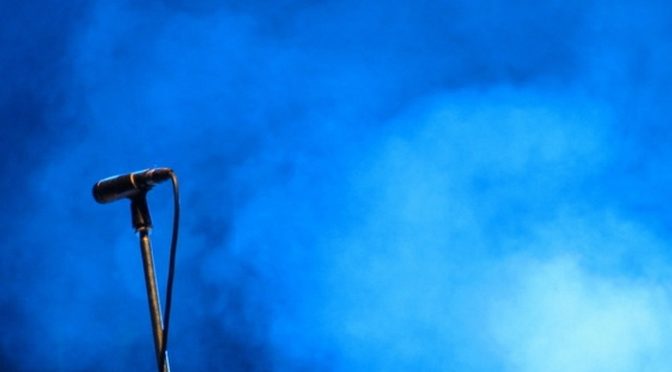 Saturday night at the Rolleston Arms in Swindon – not a huge crowd, but since the rest of town was apparently completely dead, we didn’t do too badly.

And everyone there seemed to have a good time, so that was all right, then. We even had a night of special effects, courtesy of a very nice chap who was sat peacefully drinking and vaping away, producing clouds of sweet-smelling vapour – which prompted the easily-confused Stuart to ask me if I’d brought a new smoke machine. I hadn’t, but I think we’re going to have to get one now.

The nice gentleman obligingly flooded the stage with mystical clouds at suitably atmospheric moments during the set throughout the evening, and we rather liked the effect.

During one of Rosa’s random-conversations-with-bemused-audiences that she likes to throw in between songs, she told them that she’d really like to go to Disneyland some day, and asked if they would recommend it. Some elements of the crowd told her she should go, and considered it a wonderful place – others were more sceptical, and mused aloud what attractions it could possibly hold compared with the delights of, for example, Swindon.

Indeed, as Ben pointed out, she was already sharing the stage with Goofy on drums.

And, I added, with Dopey on bass.

At this point, Ben kindly reminded me that I could fuck off.

Still, we did all have a jolly time; particularly the very nice lady who, even though she only came in a few songs from the end, insisted on buying us all a drink afterwards.

Coming up this week – more niceness…

Saturday 14th – Blue Lagoon, Bishopston
Great fun in here, they likes a drink, and they likes a dance, and sometimes they likes a bit of a falling-over as well. And, if that nice lady from Swindon happens to be reading this – we miss you, please come back!

So, that, I think, just about wraps it up for this week; except to say that it’s my birthday soon, so around about now would be a good time to start saving your pocket money so you can all buy me a nice present.