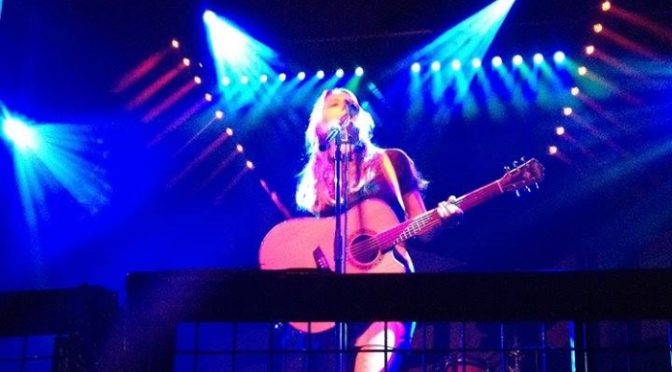 Now THAT, my friends, was a fun-packed weekend.

Friday night at the King William IV in Bath; it’s a fairly small place, but they make up for it in enthusiasm; before we’ve even finished setting up, we’ve received an offer from a lady who wants to be our groupie. I wonder if we can persuade her that the groupies are the ones who carry all the heavy kit out to the van after the gig.

It turns out to be a lively old night; and finally, somebody takes us up on the special offer currently printed on the back of the flyers we hand out… 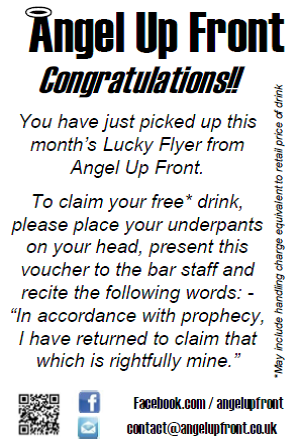 So, congratulations to “Tom”; I have to say I was so impressed that I did actually buy him a drink – although looking back, I think he’d probably already had quite a few…

Saturday night, and Molloy’s is busy as usual; I think we were all struggling a bit to get a decent sound, but this situation was made a little more difficult buy the gentleman who I think can most charitably be described as “fat shortarsed wanker” (Stuart will probably edit this in the interests of diplomacy to something like “circumferentially challenged simpleton”) who invaded the stage, and in the five seconds before I hurled him off, had knocked Rosa’s drink flying over everything, trod on her sunglasses, nearly fell onto the drum kit and kicked my foot pedal settings around into infinity gain, so that for the rest of the song all I could get out of my guitar was banshee howling. Finally I managed to figure out what had happened and get the sound back under control, and we finished off the night with as many encores as we could remember (as I explained to Rosa, the longer we play, the less we have to listen to the mandatory dreadful dance anthems), then we gently packed up and waited for the crowds to thin enough to haul the kit out. Funnily enough, I think this is the first time we’ve played here where there wasn’t an ambulance in attendance as we loaded out; this was at least in part due to the fact that I couldn’t find the idiot stage invader form earlier on.

Finally, on Sunday, a night out to let somebody else do the work; unaccountably talented daughter Lily has a solo slot at the Fleece on one of their acoustic Sundays. And, with lots of fambly and friends in attendance, it was a fantastic night that made me very happy indeed.

Coming up this weekend – no gigs! Nothing, Not a sausage, Nada, Niet!

This could be my opportunity to find out what it is that normal people do at the weekends.