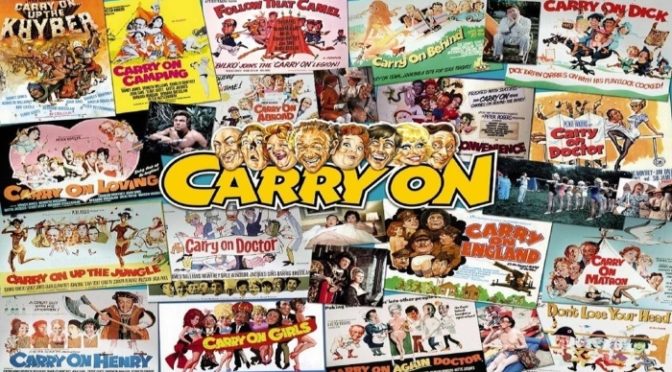 Well, as it seems that summer is over now (again), but it’s certainly nice to be out and gigging again. Saturday’s jaunt to the Cat & Wheel was interesting; we rolled up around 8:00 to find the place was rammed with people watching the footy – to the extent that they were turning folks away at the door. They let us in though – and thus became a campaign of attrition, as we slowly hauled in the kit, and inch by inch deployed what we could, slowly driving the footy fans back towards the telly screens; by half-time we had got out as much as we could, and then stood outside in the cool air away from the deafening sound of the chimps-in-suits pundits giving their critiques of the previous forty five minutes of blokes running around in circles.

I survey the empty street. “I-spy”, I suggest.

The pattern of pavement slabs catch my eye.

Oh dear, she said the d-word, that means we have to do it now. It’s a bit tricky trying to play when all the paving slabs look the same, but we manage to amuse ourselves for a while. Meanwhile Ben videos this process, just in case nobody believes him afterwards.

After a while, as is her habit, Rosa strolls off into the middle distance to warm up her voice. It’s about time for the match to finish, and she start striding purposefully back towards us.

“I bet you she starts skipping in a moment”, says Ben.

“Not yet” I tell him; there are a couple of people walking past her, so she will momentarily pretend she’s normal. Sure enough as soon as they are behind her, she breaks into a merry little skip.

“Invisible ponies!” cries Ben, and we both ride out to meet her half-way.

The people eating in the window of the pizza restaurant gape in puzzlement as we all prance by in different directions in front of them. Oh well, we’re supposed to be entertainers.

Back in the pub the match has ended and the bouncers drive the hordes back sufficiently for us to set up the PA in a creditably short time, and off we go. We haven’t played for three weeks, and so we are quite pleased to pull off a straight two-hour set without mishap.

The footy inebriates thoroughly enjoy themselves, there is some spirited crowd-surfing (they even pile up a couple of chairs to make a dedicated launch pad for this) but I am pretty sure more pints are spilled than drunk by the end of the night. Sadly by the end of the evening their boisterous roistering has become a little too bumptious for the good of the furnishings, and to avoid anyone getting severely damaged they are politely invited by the bouncers in the general direction of outside.

Still, there’s enough folks left to make merry for the last couple of numbers, and then we wearily and sweatily pack up, and then collapse in a heap to wait for the bar staff to sort out the tills so they can pay us. The telly is now showing a Carry-on film and there is lively debate amongst the four of us as to which one it is, leading on to a heated discussion as to which one is the best. Personally, I’m sticking with Carry On Screaming, but I can see that the only way to settle this is to all sit down in front of a telly for the about a week and watch them all… Anybody happen to have the DVD box set?

Sunday afternoon, and the Swan in Thornbury is pretty quiet. Specifically, it’s missing a Rosa, who thanks to a hilarious calendar mix-up has a jazz gig across town which didn’t finish until this one was due to start. Still, it’s a nice afternoon, so the three of us (plus smallest maniac son Jimi) set up leisurely and sit down with a nice pint until she scuttles in, breathless and apologetic.

It’s fine, nobody minds, and once we start playing more folks drift in and we have a very pleasant afternoon playing away; we get Jimi up to guest on a couple of songs, which is a high-risk strategy since he’s been playing Rosa’s Drinking Game during the previous number, and got through about three pints of water in the space of three minutes – but he just managed to hold out. I even get out my latest guitar acquisition for one song – but we’ll tell you more about “The Beast” another time, I think.

Meanwhile – no gigs this weekend, so I’ll leave you with this charming piece of self-help advice from a very fine book that I found this week – “The Little Book Of Complete Bollocks”: –

If you are suffering from stress in your workplace, set aside a few moments for just for yourself.
Make yourself a large cup of soothing camomile tea; add a generous spoonful of delicious organic honey.
Pour it over the laptop of the person who’s been winding you up.”

You’re welcome.
Square on
A