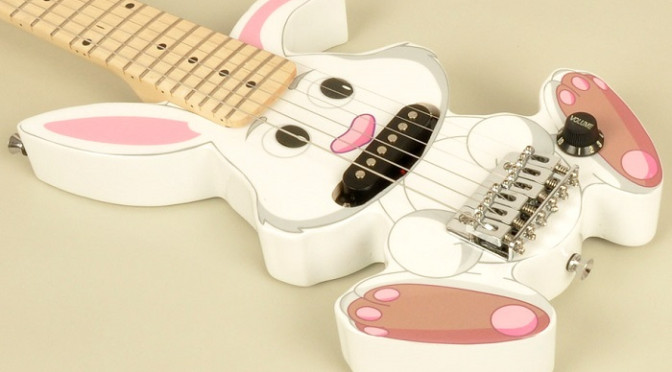 Well, we hope the Easter Bunny brought you everything your little tummy desires – and if not – well, it’s your own fault, you obviously don’t Truly Believe, and that’s why you didn’t get anything.

Mind you, there’s any number of silly rumours going around that if you Truly Believe then – get this – after you’re dead, you actually get to live forever in a wonderful place where everybody is happy and nice. And it must be true, because nobody has ever come back to complain. On balance, a giant rabbit with a basket of chocolate sounds pretty credible, dontcha think?

Anyways – on to the serious business of rawk’n’roll: – and although we had a lovely time on Friday at Queen Amy’s Railway Tavern in Fishponds, I think the kindest thing I can say about our performance was that it was frickin’ shambolic. Amongst other mishaps, Lou managed to forget an entire song’s worth of lyrics (we’ve only played it every gig for the last two years), so we abandoned that one; then, during the next one, when it was guitar solo time, I airheadedly played the solo from the song we’d missed out. This would have been okay had they been in the same key….

Still, I think we still provided an evening of entertainment, even if not quite the kind we’d intended. In fact, we were kinda shown up by my offspring, who came up and played in between sets, and, apart from their guitar player throwing his pick away mid-solo (me again!), did a slap-up job. In fact, I was so ashamed of my performance during the night that after getting paid for the gig, I took out enough for a round of beers and then gave the rest of the cash to the kids…

Still, we all came good on Saturday at the Anchor in Bishopston – with my trusty Pandora all nice and mended and strapped back on around my knees, and the gain on the amps just that perfect little bit too high, we remembered how to play like a band again, and had a very happy night of it. Was nice to see some old chums again, including our lovely drummer pal Sarina, who came up and played a couple of numbers with us.

Shame really, that just as we get back into gear, we have another weekend off… but things are about to get busy again, so we’ll keep y’all posted. In the meantime, here is my favourite contribution so far to our “musos with hangovers” photo gallery – this is my good buddy Little Ian, from folky rockers Billy In The Lowground, photographed at Glastonbury a few years ago 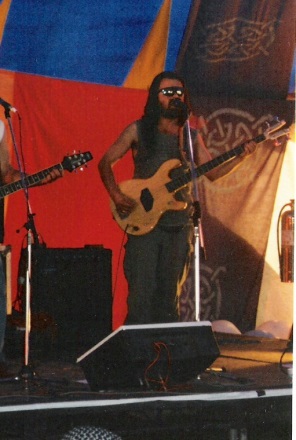 Apparently, this photo was taken as they played an early afternoon set, in Ian’s case after having woken up a short while before “feeling like death, soaked in cold sweat, although I wasn’t entirely sure whose it was…”