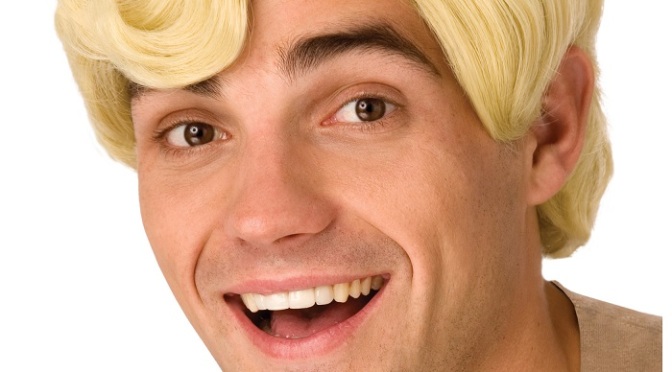 If you’re all sitting comfortably, then we’ll resume our tale…

As our brave band of musos rode down the leafy byways of Wiltshire towards their Prestbury Sports Bar gig, the fair Princess Louisa enquired of brave Sir Alan about the previous evening’s adventures.

“So”, she asked, “How went your lovely daughter’s gig in Swindon last night?”

“A fairly quite night, all things considered”, mused the gallant Sir Alan, “We encountered three bare backsides, two fights, one accidental concussion, and three vomiting
on the floor”. “But”, he added, “we did also meet there with the Wise Woman of Pighill; the promotress Statey, who was not only completely sober, but even bought me a drink; but alas, she had to leave before the audience really got into their stride”.

Princess Louisa was herself feeling somewhat jaded, after a night of roistering and revelry. Even stout Viking warrior Ben was stricken with a malady affecting his throat.

“I fear I may not be able to sing much tonight”, he observed.

“The same is true for myself”, replied the fair princess.

“Well, then, perhaps“, suggested Stuart, “Sir Alan and myself should perform the singing this evening”.

There was a long pause; the words hung frozen in the air (rather like polar bear sick).

“…There is no need”, vouchsafed the lovely vocalist, “For, in truth, I am beginning to feel much better already…”

And, indeed, once the band were under-way, with the audience merrily dancing and singing and, in some cases, falling over, the fair princess did indeed perform magnificently. Thus the evening passed in jolly fashion, and a fine time was had by all, with absolutely no need whatsoever for exposed buttocks, casual violence, or vomiting (are you reading this, Swindon?).

As the band finally left the stage, the dashing Sir Alan was called over by a nice lady member of the audience – as so often happens, and quite understandably so.

After she had congratulated the entire ensemble on their spirited performance, her other half interrupted, pointing across the room at Stuart, who was clad in the same

Angel Up Front heraldic regalia t-shirt as the handsome guitarist.

“Well, when she sees ‘im getting down of the stage a minute ago, she turns to me and says, ‘Bloody hell, that guitarist bloke has taken his wig off’”.

For some reason, the rest of the band found this confusion immensely comic.

Chivalrous Sir Alan merely felt sorry for the poor lady, whose eyesight must have been sorely deteriorated indeed, if it were possible for confusion to arise between his own finely honed and muscled physique, and that of the ancient, bald little percussion goblin.

After the band had collected and divided up the shiny coins handed out by the bar manager, the giant Ben asked what the following week should bring.

“Well, for myself”, declared bold Sir Alan, “I shall be travelling, with my family, to the frozen wastes of the North; to the Ness of Skeg, there to meet with some relatives; who have been banished to that distant and terrible land, I believe due to a misunderstanding with one of the local squires in their previous village. But fear not, for I shall be back in time for our next venture on Friday, into the misty hills of Stroud – to the Old Neighbourhood Inn, in Chalford Hill.”

“And let us not forget” added the wise Stuart, “That very night is All Hallow’s Eve, so there may be evil powers roaming the hillsides”.

“…And so that means” continued Ben, “that we should seek to protect ourselves from this evil, by means of dressing up like a bunch of pillocks; thus the forces of darkness shall not recognise our true forms, and so shall we be safe from them”.

“I think”, replied the shrewd Princess Louisa, “that you and Sir Alan just want an excuse to dress up in those stupid banana costumes again…”

“The banana costumes!” exclaimed Ben and Sir Alan together excitedly. “We had forgotten about those…”

The fair princess rolled her eyes heavenwards. Although she loved her band-mates dearly, she did sometimes wish that she could work with people who were blessed with more maturity than the average five-year-old…

We hope that you are enjoying our current series of “fairytale blogs”.

And, although I’m having a hoot writing them, it is rather time consuming. So, just to make sure we’re not boring anyone, please would you give us some feedback about the way this thing is going. Please let us know if you would prefer these blogs to reach you: –

(a) Not at all
(b) In the current fairytale format, at least until you get bored of me writing them like this
(c) In the “normal” previous rambling style, which is at least a bit shorter
(d) Just send me a gig listing and cut the rest of the crap out
(e) I don’t care, as long as the cheerleaders and lime jelly keep coming

When we’ve counted the votes, we’ll probably do what the hell we like anyway. A bit like an election in Africa. But, hey, it’s the thought that counts.