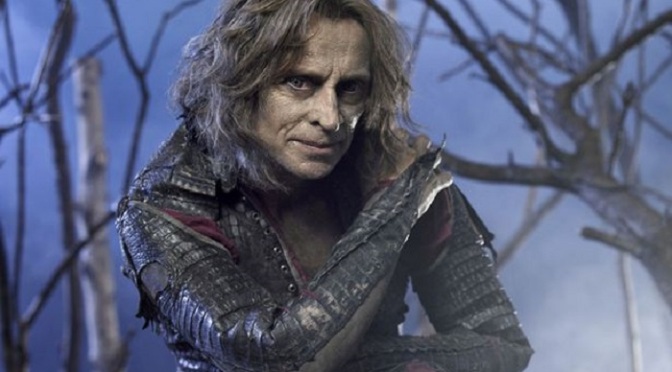 Hello again, children, and welcome back to our rock’n’roll fairytale…

If you remember, we left our intrepid band on the road to the King’s Wood, heading for their début gig at the Jolly Cobbler…

As they rounded a corner, all were astonished to see at the side of the road, (by overwhelming demand, I might add), an enormous bathtub of lime jelly, containing not one, but twenty four flaxen-haired and beautiful lithe young women dressed in identical cheerleader outfits, which clung tightly to their pert curvaceous forms, each dripping with sweet green gelatinous slime.

Sir Alan rubbed his eyes in disbelief. Ben rubbed himself too, until Princess Louisa slapped his hand and hissed at him to stop.

The nearest cheerleader spotted the bemused musos, and immediately cried out in a sweet, contralto voice,

“Oh, dear travellers! Please, please help us! We are all trapped here in this tub, and we are unable to escape due the slippy, slidy nature of this jelly which is entirely covering our firm, tanned young bodies. Oh, please, can one of you come and join us in this tub to assist us in climbing out”.

She eyed Sir Alan slowly up and down, and then fixed him with a smouldering gaze. “If only somebody would come in and rescue us, I’m sure we could find a way to show how extremely grateful we were”, she purred lasciviously.

“Well, I’m sure that won’t be necessary”, cut in Princess Louisa, somewhat abruptly. “Besides, Sir Alan here is already betrothed to the Lady Demelza, and so will have no interest whatsoever in your smooth flawless bronzed skin, your taut muscular thighs, or your pert young breasts, no matter how attractively that lime jelly may be trickling slowly down from your shapely throat towards the sweet crevices of your ample cleavage…”

She was interrupted by a strange choking noise from Ben, who appeared to be swallowing his own tongue.

“…Well, thank you very much for that, Princess Louisa”, stated Sir Alan archly, “I was just about to say almost exactly the same thing myself…”

“Anyway, it does appear that they are need of our assistance, and so in accordance with the rules of chivalry, we must help them”.

“But tell me”, he continued, turning back to the beautiful young jelly-dripping nymphet, “How did you all come to be trapped in this way?”

“We were thrown in here by a horrible monk”, she replied, “He was a strange little man, dressed all in black, with a black tunic, a black hooded cowl, black pointy shoes and a pair of black trousers hoisted way high up his chest”.

“Oh, no!”, gasped Princess Louisa in horror, “That must have been the dreaded Evil Monk of legend, the very personification of all that is foul, the sworn enemy of all true musicians everywhere – Symon de Cowl!”

“Then this is very serious indeed”, pronounced Stuart, “De Cowl hates real music in all its forms – preferring instead to fabricate and manipulate the hopes and dreams of a few innocents for his own personal gain, and grievously corroding the souls of all who are exposed to his vile machinations – and I can only assume has left these ladies here with the express intent of distracting us to prevent us from reaching our gig on time tonight.”

“Then we must hurry onward, and foil his dastardly scheme”, cried Sir Alan. “But what of these poor lovelies still trapped in this bath of jelly?”

Princess Louisa reached over into the tub, and deftly removed the bath plug. “It’ll drain away in a few minutes, and then they can climb out easily”, she announced, and strode purposefully back toward the road, shaking her lovely head and muttering, “Bloody blondes…”

And so our musical heroes returned to their wagon, and set off again down the road towards the King’s Wood, to see what fortunes the Jolly Cobbler would bring.

A few minutes later, they returned, carefully picked up the still-drooling Ben, placed him gently onto the cart, and rode away into the gathering gloom of the evening…

By the time they had reached their destination, Ben still had a faraway look in his eyes, but had recovered sufficiently from the spell of the jelly-smeared cheerleaders to be able to talk again.

The Jolly Cobbler was a large, well-lit alehouse, and, from the outside at least, appeared peaceful enough. Brave Sir Alan strode inside first to survey the tavern; he drew the usual admiring glances from the local wenches, but there was no sign of the evil de Cowl or his hateful henchmen. Instead, the tavern keeper turned out to be Old Mike, an acquaintance from previous such establishments; who warmly bade them welcome, but counselled them that the merry-making must be finished by eleven o’clock sharp, or risk incurring the dreadful wrath of the local council.

So, our intrepid heroes hurriedly set up, and happily played their joyous music until the allotted hour, with much dancing and jesting around from the assembled throng; the fair Princess Louisa sallied forth into the crowd, to make merry with them with comedy hats, and bubble wands, and many and various silly games; and indeed, all save one were vexed when the allotted time came and the band had to stop.

Truth be told, Stuart was quite glad to finish, for he was a very tired little goblin, having still not recovered from his recent capture and enslavement by a savage Amazon tribe, who forced him to deliver parcels from dawn ‘til dusk.

With all the equipment safely stowed back on the cart, the band gathered round to share out the shiny gold pennies cheerfully handed over by Old Mike.

“So,” enquired the fair Princess Louisa, “Where shall we be playing next week?”

“Well”, replied the handsome Sir Alan, “On Friday – the 24th – I shall be at the Messenger, in Swindon, for my daughter, known to all as the young and virtuous Lily B, will be playing one of her solo gigs there”.

“And will you be accompanying her, with your magnificent and melodious guitar playing?”, asked Princess Louisa, “Oh, please say you will, for the poor folk of Swindon have little enough else to brighten their tawdry lives.”

“Very well”, smiled Sir Alan benevolently, “For it would be churlish indeed to deny them such a pleasure”.

“And, the following night”, cut in Stuart “- Which is Saturday, for those readers who have difficulty in following the simplest of plot lines – we four shall be playing down in the distant Marches of Wiltshire – at the Prestbury Sports Bar, in the town of Warminster”.

“In Warminster?” queried Ben, “Is it not said that, in those untamed parts of Wiltshire, there are yet many strange and wondrous wild beasts? Wyverns, and dragons, I have heard, and there may still even be orcs and trolls abiding in the hills?”

“Fret ye not”, chuckled the wise percussionist, “For though there are many wild tales told late at night to scare the children, in truth the land in those parts is not quite so strange as they say”.

“..It is true, though”, he added thoughtfully, “That there are folk there who have webbed toes, and some have rather more than the usual number of fingers. Still, let us go there to play, and we shall see what we will see.”

“Do you think that those lands will be safe from the horrible Simon de Cowl and his dreadful schemes?”, asked Princess Louisa, nervously.

“I cannot say”, counselled Stuart, “For his reach is long; his insipid talons of evil reach into many dark corners of the land.”

“Then he had best beware”, replied Sir Alan, stoutly, “His evil plots will not go unopposed, and the day will come when people will rise up against him across this fair land. He may soon find out that Britain’s Got Talons.”

And so, wincing at the awful contrived pun, our heroes climbed back onto the wagon, and set off into the night, eager for the next episode; of what appears to be rapidly turning into Lord Of The Bloody Rings…

*Have you been affected by any of the issues raised in this week’s edition of Angel UpDate?

Have you been captured by Amazons and forced to deliver parcels for eighteen hours a day?

Have you been thrown into a tub of lime jelly by an evil-smelling dwarf with pointy shoes?

Do you live in Wiltshire …