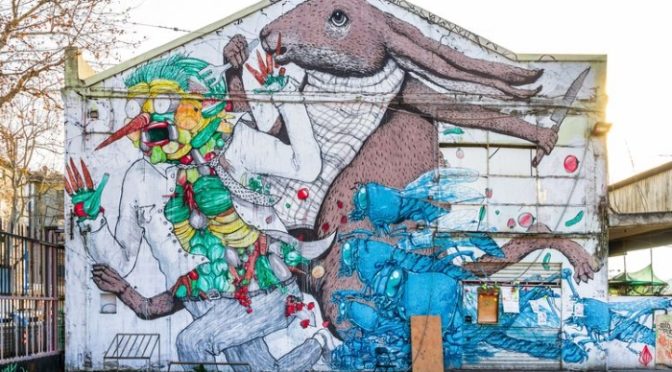 You’re receiving this missive a bit early this week, as I’m not here, so I’m sending it in advance of actually writing it, thanks to a basic misunderstanding of how time works.

Friday at the Queen’s Tap in Swindon was rather good fun, thanks largely to our pal and guest drummer Sarina and her bevy of bandmates. At half time we slumped down and stared at the big telly screen, which was showing a newsreader of some kind. We noticed that although she appeared to be calm and professional, her eyebrows were quite animated. Luckily, knowledgeable Alan has the explanation.

“She’s got rabbits her pants”.

This suggestion is met with a general sentiment of disbelief, so I have to explain further.

“It’s part of their training, see, to make sure they don’t get easily distracted by anything else going on the studio whilst they’re reading the news. Of course, the producers don’t start them off with rabbits; that would be silly. They start with gerbils, and work their way up.”

Such is the reasonableness of this explanation that it is immediately accepted; and the subsequent rambling conversation leads us finally to the ground breaking psychological personal profiling system known as the Rabbit Pant Hypothesis.

Obviously the scientific details are too complex to describe in full here, but the underlying premise postulated is that there three personality types into which human race can be subdivided.

The Rabbit Pant Hypothesis methodology may be summarised as follows.

The subject is asked a simple question, and their response shows which one of the three personality types they belong.

The question is simply as follows: –

“If I said to you that yesterday I found a rabbit in my pants, what picture does that bring to mind?

And a typical answer for each of the three classes of response is shown below: –

Type 1 personality: – Looks puzzled for a moment, and then mimes looking down, peering inside their pants, and looking surprised to find a lop-eared mammal in residence.

Type 2 personality: – Looks thoughtful, then describes themselves coming home from work, walking into their bedroom, to find a rabbit admiring itself in the mirror dressed up in their underwear.

Type 3 personality: – Looks very worried for several seconds, then hurries off quickly in the general direction of away.

Having formulated our scientific hypothesis, the next step is to conduct a larger scale survey to establish the relative distribution of the personality types. So – please write in and let us know which of the three groups you fall into so we can record the results, to help secure our Nobel Prize nomination. Because remember, kids, writing things down is what makes the difference between science and just mucking about…

Saturday’s gig at the Blue Lagoon was, as predicted, quite a frantically energetic affair, with so much dancing and leaping about going on that the security guys actually produced a barrier to stop over enthusiastic punters from jumping all over our expensive kit (not to mention our lovely selves). Quite a few wonderfully alluring friends and family turned up, and – without further explanation – we’ll just post this pic for the benefit of Em’s sister Polly. 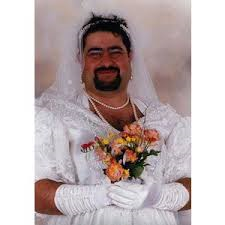 You had to be there, really.

Right then, coming up this week…

Friday 30th – Air Balloon, Filton
Last time we played here, it turned out that we were a different band altogether. This time, we’re pretty confident we’re going to be us.

Saturday 31st – Sandringham, Downend
Really nice place we discovered the first time we played on Christmas Eve; I’m guessing the tree will be gone by now, but there is probably still some turkey left…

Sunday 1st – Bath Ex-Servicemen’s Club
Don’t really know anything about this one, but it’s a Sunday afternoon, and we thought, what the hell…

Right, that’s your lot for now, if we don’t see you at one of the above gigs – well, we’ll just assume you’re at home busy stuffing rabbits down your pants.