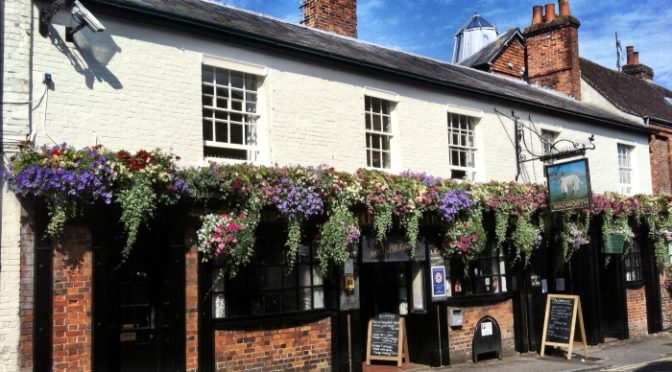 Well, we’re back, did you miss us?

After a week’s jolly holidays away in (occasionally) sunny North Wales – during which, due to an unfortunate incident involving lack of foresight and a sinking kayak*, my beloved Dem and I achieved the notable distinction of being the highest people in the land whilst not wearing any pants – it was back to the lovely Swan in Thornbury, to see if we can remember how any of the songs go.

The answer was a resounding “some of them”.

Still, it was an absolute pleasure to get back together and make a raucous racket again, and a delight to see our chums John, Anne & Adam, who’d rolled all the way down from Gloucester to see us. Bless. We were so touched, we got a little carried away and threw in a rather epic AC/DC encore, complete with rubber duck solos. I’d forgotten that we sometimes do that.

Saturday night, and over to Marlborough to the Lamb – which turns out to be a lovely little pub, with REAL CASK BEER straight out of wooden barrels. A whole barrel full of happiness. There was also a barrel of strawberry cider, which Ben ordered a pint of, and promptly inhaled it down in one go, pronouncing it, “quite drinkable, actually”.

The place soon filled up, and a lovely time was had by all. Disaster almost struck when a lovely dancing lady managed to knock over one of the PA speakers; she managed to grab it just in time to save it, but we did have to come to a halt mid-song to help set it back up.

At this point, while several of us are wrestling with the tripod trying to get the damn thing steady again, Stuart takes advantage of the halt in proceedings to scuttle off stage “for a quick piss”.

Fortunately, in the audience is our lovely drumming buddy Sarina, down from Swindon – so we haul her up on stage, she counts us back in and so we play the second half of the song with a different drummer to the first. We have to fill in with her for another number before Stuart finally reappears to finish the set. I do hope he remembered to wash his hands.

So – another lovely evening, and whilst packing up, I felt a little disappointed that we weren’t due to be playing the following night as well. I mention this to Rosa, who suddenly goes white.

“No it doesn’t”, she replies firmly.

Well, that told me, then.

However, we shall be having another crack at it this weekend…

Friday 9th – Royal Oak, Marlborough
The lovely lady who knocked over the speaker on Saturday was terribly upset and apologetic about it – almost in tears, in fact. We felt so sorry for her that we’ve decided to give her another go at it by playing at her local. (Actually, if you’re reading this, lovely lady – really, it’s fine, you can stop feeling bad about it – certainly Stuart was very grateful for the distraction…)

Saturday 10th – Jolly Cobbler, Kingswood
It’s a half-eight start, this one, on account of they have neighbours who complain if the noise goes on past eleven. Of course we could save time by playing everything faster. Or, by each band member playing a different song at the same time – rather as I was trying to do at one point last Friday…

*This is absolutely true. We hired a bunch of canoes to play around with for a couple of hours, and I got thoroughly soaked whilst engaging in an impromptu naval battle with #2 son (which I reluctantly conceded after being thwacked in the chops with a paddle). Meanwhile Dem’s vessel, it transpired, was holed beneath the waterline, and slowly filled up with water. It got her rather cold, apparently – conclusive proof that you can’t have your kayak and heat it.