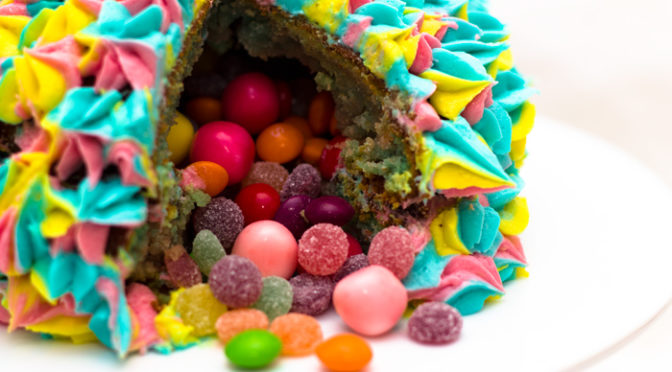 …and a mighty fine weekend of fun that was! Saturday saw us hoofing over to beautiful sunny Tintern, to play a wedding bash right outside the picturesque Abbey (it’ll be lovely when it’s finished).

Now, sometimes wedding gigs aren’t too much fun from our point of view; they are often rather subdued affairs where our main job is really to play quietly in the corner and not upset anybody.

Not so this one – it was a delightfully bonkers affair, with the field set up like a fete / funfair, with sack races, welly throwing competitions, a free sweeties stall, a free cake stall, and… Rosa, come back here! Too late, she has skipped merrily off, and soon comes back laden with several large bags of sweeties. Having set up, we sit happily in the sunshine sipping beer, eating barbecue, and watch the proceedings.

“Why”, asks Rosa through a mouthful of fruit salads and blackjacks, “don’t we do more wedding gigs…?”

It’s a lovely day, and a fine bunch of slightly bonkers and traditionally pissed wedding guests; once we start playing, there is dancing a-plenty until it’s time to stop for the speeches, the cake-cutting, and the fire eater.

Oh yes, you heard me.

Then we carry on, and – surprisingly for a wedding, the dance floor stays crowded right up until we finish. Clearly these are more seasoned drinkers than most.

However, the bride and groom have disappeared half way through the set, and are nowhere to be seen.

“Where do you think they went?” asks Rosa.

“Ah” says Rosa, pausing for thought. “I mean, I know it’s traditional and all that, but what percentage of people do you reckon actually do it on their wedding night?”

It’s an interesting question. I think back to the weddings I’ve previously attended, and contemplate the average state of intoxication of the happy couple by the end of the night.

“Although that’s mostly just the blokes”.

Anyway, there seems to be no sign of sordid goings on, so we pack up, and then sit around chatting with the merry stragglers whilst liberating as much leftover cake, cheese, sweets (and, in Rosa’s case, fairy lights too) as possible, and head off into the night.

Coming up – firstly, another plug for talented daughter Lily (not that I don’t have other talented daughters, oh no – it’s just that the other ones are boys) – she’s playing on Monday 15th at Mr Wolf’s down in the centre of Bristol. It’s going to be interesting night, as I for one know that she hasn’t picked up a guitar all week…

Friday 19th – The Black Castle, Brislington
We had a great time when we were here last. I think various of my offspring are hoping to come along too; possibly just because of the cookie dough pizzas they apparently sell here…

Saturday 20th – Woodland’s Edge, Peatmoor, Swindon
Lots of space to jump about, and a landlord who occasionally dons a wig, a guitar and comes to join in. What’s not to like?

Right, that’ll do for now, it’s a lovely sunny day so I’m going to spend it sat in an office reading savagely complicated dull technical reports about bits of aeroplane. Woop woop.