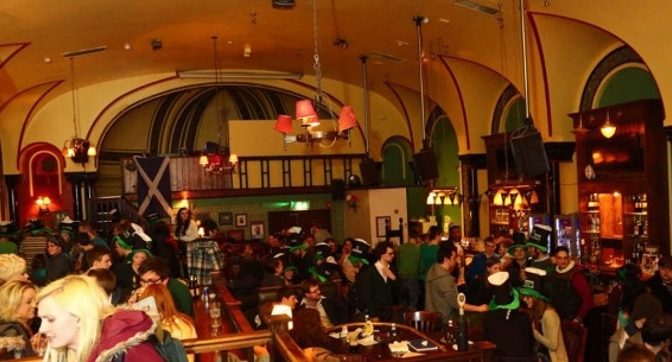 Well, since last week’s request for suggestions in what style to write this week’s blog in was met with a rather disappointing set of suggestions – I did actually rather like the “Carry-on film” suggestion, but when I tried it, I soon realised that was pretty much exactly what we write anyway – I’ve decided to just supply the usual rubbish this time.

So – Friday night, and off to The Black Castle (as Ben so eloquently pronounces it); which turned out to be a lovely place to play – not only is it (natch) a castle, but also there’s loads of room to set up in, nice easy access, and the crowd were quite up for a bit of fun.

Shame then, that as soon as I turned my amp on, there was a horrible humming buzzing sound. Drat!! – That sounds like the curse of the knackered valve!

With no time to try and fix it, I run out to the van, grab the appropriate wiring, set up my spare amp, plug in, and – there is a horrible humming buzzing sound.

“Just sec”, says Stuart, and removes his phone from where he had placed it near to my wireless receiver.

The humming and buzzing instantly stops.

Hurriedly, and muttering curses under my breath, after only two mistakes (in the wiring, not the cursing) I replace the wiring into its original configuration, and am rewarded with a lovely crystal clear amp sound again.

And so it’s time to start. And a jolly fine night we have too, it was a nice surprise to see my brother and niece roll in, as well as a few people who came along because “We saw you before, about 2005, it was…”. Well, it’s nice to be remembered.

Saturday, and another new place for us – Molloy’s in Bath. Normally this place is very hard to find, thanks to Bath’s impenetrable one-way system. Tonight, however, it was all but impossible due to various roads being closed, and my satnav being insane. However, eventually we stumbled across it, only to find that we were to be playing UPSTAIRS, in a huge room with a massively high arched ceiling (= godawful acoustics), and that the place was rammed completely full of drunkards noisily watching the FA Cup final…

We sat down and sulked for half an hour until the match finished. Then, we waited ten minutes for the pub to empty, and set about hauling all out kit up the stairs, while the bar staff made a heroic effort at shoving furniture and pissed students out of the way so we could get set up. Finally, we were set up; only to be told that they didn’t want us to start for another half an hour. We tried to sit and sulk, but Rosa bullied us into playing games instead to pass the time; and we got so engrossed in the competition that we were surprised to see the place had filled up again when it was time to start. And, in the end, it was a rather jolly evening, with much erotic dancing – causing Ben to forget how to play more than once.

Finally, about quarter past midnight, we finished playing, Ben collapsing in a heap after his vertebrae gave out, and slowly packed up, to try and put off the great Hauling Of The Kit Back Down The Stairs for as long as possible.

Friday 27th – New Crown Inn, Newbridge, Bath
Back in Bath, this time a lovely little pub, the owners are delightfully helpful and jolly, and last time spent the whole night trying to force beer down us. Needless to say, we rather like it in here…

..And, that’s about it for this week, folks – meanwhile, just to keep our pal Disco Dave happy…