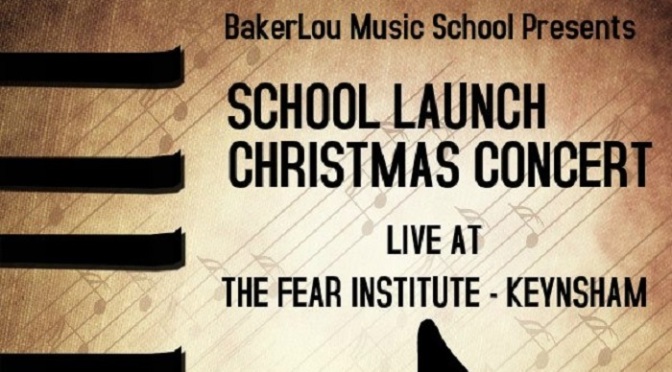 Right, I really have completely run out of time for writing this one, so fasten your safety belts and switch on your spell checkers, here we go….

Friday night down at Charlie’s Bar in Westbury – a new one for us, so just to give that professional impression, we got there late (taking a 4-mile short cut through the narrow lanes near Lou’s house, within 200 yards of the exit into proper roads again, we find a broken down van with a breakdown truck blocking the road; nowhere to turn around, and I don’t fancy my chances reversing round twisty lanes in the dark for 4 miles, so we wait… and wait…).

We finally arrive to find the place is tiny, but we just about manage to shoehorn all the kit in, and off we go. The first set is good fun, Lou announces that there’s a free shot for the first person to get up and dance; a lad does so, and is bitterly disappointed to find out that “because he stopped before the end of the song”, he doesn’t win; he complains cheerfully about this for a couple more songs, then goes and buys himself – and Lou – a shot anyway. I’m never entirely sure how she gets away with this stuff. By the second set, the place is filling up nicely, there’s an acceptable amount of dancing, particularly from the skinny girl “Look at ME, look at ME” brigade, and a young lad who is so taken with our inflatable guitars that he judiciously rounds up every single one of them in the pub and jealously guards them in a corner – even taking them with him when he goes to the toilet – and so we leave him with his treasured new-found latex friends, and pack up and head for home – some of us have to be up at six in the morning…

This is all Lou’s fault. As she is just officially launching her music school enterprise (BakerLou Music, you can find it on Facebook, tweet it on Twitter, and whatever else it is people do for kicks these days), she secured a slot on local BBC Radio Bristol for an interview and for some of her students to play in the studio there. This included her session rhythm section, which is composed of my two youngest in-sanest offspring… so up we get, and off we go…

We actually arrive in time at the studio; even Lou is on time, looking all bright-eyed and bouncy (how does she do that?), and we soon stumble across The Hitch; apparently it is absolutely verboten to plug in any electrical equipment (e.g. keyboards and bass amps) into the hallowed BBC power sockets unless it has been carefully vetted by an official BBC engineer. Disaster! I consider using the line of argument that our kit is already PAT tested, or that I am willing to bet that my degree in Electrical Engineering is better than their engineer’s degree in Electrical Engineering, but I realise that logic doesn’t work against bureaucracy. Instead, Lou makes a sad face at the producers, and soon they decide that maybe it isn’t as verboten as all that, so they record the kids playing a couple of numbers, and then interview Lou and some of her protégés. The relief that they didn’t choose to interview my youngest was visible on the faces of everyone there who has previously encountered his idiosyncratic sense of humour….

So, Sunday is taken up with helping out with Lou’s music school launch concert in Keynsham; another early start, and we get everything set up and working nicely in time; Lou runs her various pupils through practices and sound checks, everything is running nicely; my lovely Dem and daughter Lily arrive, and with Lou’s mum they set about organising tea and cakes ready for the assembled masses. W.I-tastic!

The due hour arrives, and the punters file in and it’s time to start… Just a minute, why has the PA suddenly stopped working? It’s been happily running background music for the past hour… the laptop is definitely still playing the tunes… the inputs are going into the desk… the channel input is working… the monitor feed is working…the active PA speakers are switched on… there is a five-minute panic as sound man Andrea and I run around trying to figure out what’s gone wrong with the mixing desk, before we spot that some horrible children sat in the audience have unplugged all the cables running back from the stage to the mixing desk. Bastards! I plug them back in, bury the connectors in gaffa tape to prevent further tampering whilst muttering death threats that their parents won’t quite be able to hear; and finally we can get the show on the road.

And it all seems to go rather well; I was quite proud that young Jimi’s drumming was the loudest thing there, and fortunately he didn’t cause any heart attacks to any of the more senior audience members. I was actually very impressed at Lou’s ability to corral large numbers of unruly children into playing together, and we even managed to get Lily away from the cakes for long enough to come up and sing a few numbers too.

Marvellous stuff. Anyway, if you have any Bristol-based offspring who need to have musical talent punched into them, go see Lou! You may end up buying her a shot, though.

Coming up this weekend, back on the AUF trail…

Friday 12th – The Bear, Wincanton
This one, apparently, is a “fire brigade’s annual Christmas party”. I mentioned this at dinner the other day, which prompted an excited gurgle from Dem – “Oooh, firemen!”, and a resigned look from Lily; “Sounds like I’ll be staying to look after the boys that night, then…”

Saturday 13th – Crown and Horseshoe, Oldland Common
Not played this one for quite a while, but we usually enjoy it. Come to that, these days we usually enjoy ourselves wherever we play; basically, we makes our own entertainment, and the punters can join in if they like. It’s probably helped by the fact that Ben and I are a pair of idiots who find childish amusement in the simplest of things… like Stuart, for example ?

That’s it for now, time’s up, I have some jolly important other things I’m supposed to be getting on with, so I’d better at least look like I’m pretending to get ready to make a start…