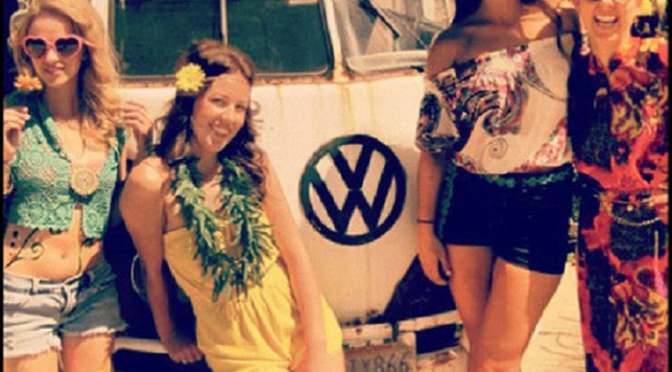 Well, another rawk’n’roll packed weekend, and now I’m totally knackered out again. In the words of Danny Glover,”I’m gettin’ too old for this shit…”

Except that I don’t want to. I’m sure one day I’ll collapse back into a rocking chair and play slow delta blues until I eventually topple over, but right now I’ll stick with burning the candle at both ends whilst maintaining a tenuous grip on the bit in the middle.

So, Friday night at the Trout in Keynsham; Stuart tells us that there is an agent supposed to be coming along to see us tonight, with a view to booking some gigs up. So, we don’t want to make any silly mistakes, do we…?

The inevitable result follows. Not one, but two songs suffer “false start syndrome”, and have to be abandoned after a couple of bars to try again. By the second one, Lou is chuckling helplessly. “Try giving it a bit more choke this time”, I helpfully suggest.

Still, the pub gets rather full, and everybody seems to be having a hoot. Actually, Lou has a hoot several times, while investigating the freedom offered by her newly-acquired wireless mike, she discovers that although it’s great fun to go wandering off into the crowd to torment them, it’s a bit less clever to hold the mike right in front of the PA speakers…

Now, I personally am rather fond of feedback, but there is an appropriate time and place for such things; specifically, the time is just coming out of the first guitar solo and into the middle eight, and the place is coming out of my speaker cab.

So, we play to a jolly jumpy crowd, we are treated to an acapella rendition of “The Fresh Prince Of Bel Air” from one of the punters, and we carry on in this fashion until we are told we have to stop; it’s midnight, and the landlord’s music licence is about to turn into a pumpkin.

Saturday night, and back home at Queen Amy’s Railway Tavern in Fishponds. We all turn up nice and promptly, everything is running smoothly until Lou realises that she has left the power supply unit for her keyboard at home. She disappears with Stuart to rummage through his house searching for an alternative supply, leaving Ben and I to finish setting up in relaxed fashion without a drummer to trip over, happy in the knowledge that as we are doing so, Lou is doubtless being treated to a long and detailed lecture on Why It Is Important To Check You Have Everything Before You Leave Home, Making Sure All Your Kit Is In Good Condition, Being Organised, with possibly an option on The Benefits Of Making A Check List, delivered over the back of Stuart’s shoulder as he turns his house upside down in a fruitless attempt to locate the necessary obscure electrical component.

Thirty minutes later they reappear, power supplyless, with Lou wearing a slightly put-upon expression. We wave cheerily at them, having been casually sipping beer for the past twenty minutes, and it’s time to start. Tonight, there are no false song starts, just plenty of cheerful dancey crowd. Lou even manages to organise a dancing competition among them, and persuades Queen Amy to donate a free shot to the winner. It’s amazing how many people will suddenly jump up and start gyrating as soon as they catch a whiff of a free drink…

By the end of the first set, we are a tired little bunch of musos. Ben slumps down and is overwhelmed by an enormous yawn.

“Aww, are you a tired little soldier?” I enquire, “Would like me to come over there and tuck you in?”

Lou, who was caught in the middle of this exchange, goes a slightly funny colour. She’s probably just adding something to her check list.

Time for the second set, time to turn up the guitars a bit (if only to compensate for the fact that Stuart gets a bit more excitable about this point), and generally time to be a bit silly. As we play the opening bars to “Another One Bites The Dust”, Lou organises an impromptu fashion show amongst the punters, and so we have to keep running round and round the riff as they sashy past wearing an increasingly odd assortment of stupid hats and glasses from the toy box. I ease in a bit of funk wah-pedal guitar, and suddenly realise we are playing what sounds like a pretty convincing Seventies porn film soundtrack. Ben realises this at the same moment I do, and we almost spoil the moment by collapsing with laughter. Luckily we just about keep it together and slowly navigate our way back to the riff so we can play the rest of the song.

By the end of the night, Stuart is getting quite tired – and presumably this is why, in order to finish sooner so he can take a rest, he decides to barrel us through Paradise City at a frankly reckless pace; had the Music Police been in, I’m pretty sure we’d have picked up a bunch of speeding tickets, a Playing Without Due Care And Attention charge, and possibly even a few charges of Grievous Bodily Fun…

Anyhow, we have a few days left to recover before we’re out and at it again…

No gig on Friday, as Lou is out with her gurly rawk band Lights Out at the Thunderbolt down in Bristol; currently there is some heated debate in my house as to Whose Turn It Is To Stay At Home With The Kids – I’m pretty sure it can’t be mine, I’ve done it at least three times before already… so either me or my beloved Dem might see you there. If you go there and spot her, please feel free remind her what an irresponsible parent she must be, going off enjoying herself while poor hard-working husband is stuck at home… again.

Saturday 29th – Green Dragon, Marlborough
Nice place this one, it’s a bit of a way but we always have a nice time, and we only occasionally get pulled over on the way home by Her Majesty’s Finest…