No gigs coming up this weekend, and yours truly has run out of spare time to write this stuff, so we’ll just briefly say …

Friday at the Langley Arms – a bit on the quiet side, we had to wait a while for some of the more senior punters left before we were allowed to play (just in case) but a jolly enough night in the end, and nice to see some old pals again.

Saturday at Linda’s birthday party down at Fiddlers in Bedminster – Awesome fun night, total respect due to Lou for not missing a note when Ben and I appeared for the second set dressed as bananas (just in case you saw any pics and thought we’d joined the Klu Klux Klan…).

She doesn’t even ask why we do these stupid things any more.

Which is probably just as well, I for one have no idea… 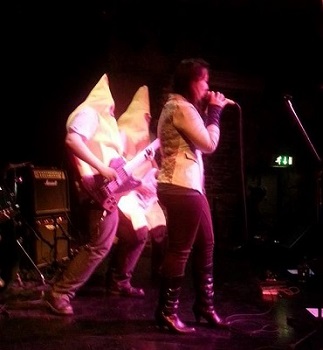 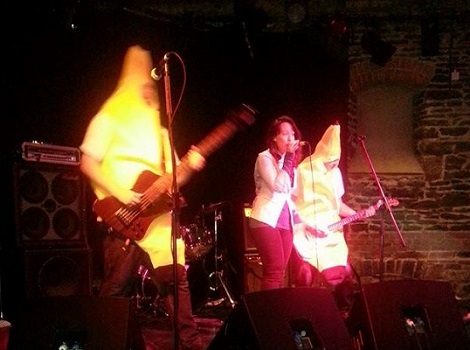